When you get the chance to do a deal with Chip Foose, you’re going to savor the ...

When you get the chance to do a deal with Chip Foose, you’re going to savor the moment. Even Richard Rawlings admits that it was a pretty special day for him as we imagine it would be.

In this one, Rawlings and Foose are wheeling and dealing tossing out a couple of cars that they would like to trade when attempting to make a deal.

Honestly, it’s kind of mind-blowing to see two larger than life personalities meshing together on one screen, working out deals, but that’s exactly what we’re up against here.

When all is said and done, a Pantera from the Gas Monkey collection ends up being given up in favor of a Mercury Zephyr that’s pretty clean but could use a little bit of a Gas Monkey spin for that cool factor.

Check out the video below as these two legends collide. Which one of these cars in the deal would you rather get your hands on? We would venture to say that we don’t think that you can really go wrong with either! 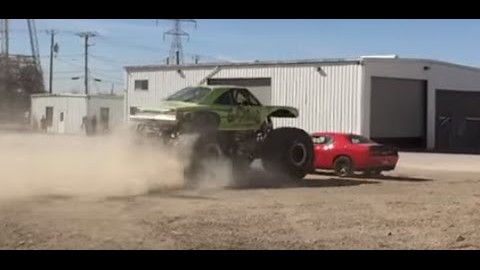