Unfortunately, no matter where you are or what you’re doing, the chance that ...

Unfortunately, no matter where you are or what you’re doing, the chance that somebody is up to no good is always lurking around the corner. They can come from anywhere and you should probably be somewhat ready just incase a situation arises where you need to protect yourself or perhaps you should avoid scenarios that potentially put you in such a situation the first place, if possible.

When this guy was minding his own business and washing his car, it seems like a situation popped up that simply could not be avoided and it left a man to do whatever it was that he could to defend himself even if it meant getting a little bit creative in the matter.

Instead of simply running away as many might do, he sprung into action, using the pressure washer that was in his hands in order to temporarily blind his attacker in order to give him a moment to concoct the strategy to deter the criminals and get away.

A dashcam was recording the entire incident and shows the ugly scenario as it unfolds on camera. Luckily, it looks like the man being attacked was able to use this diversion to get away but if it weren’t for some quick thinking, we don’t even want to know what could have possibly happened here. 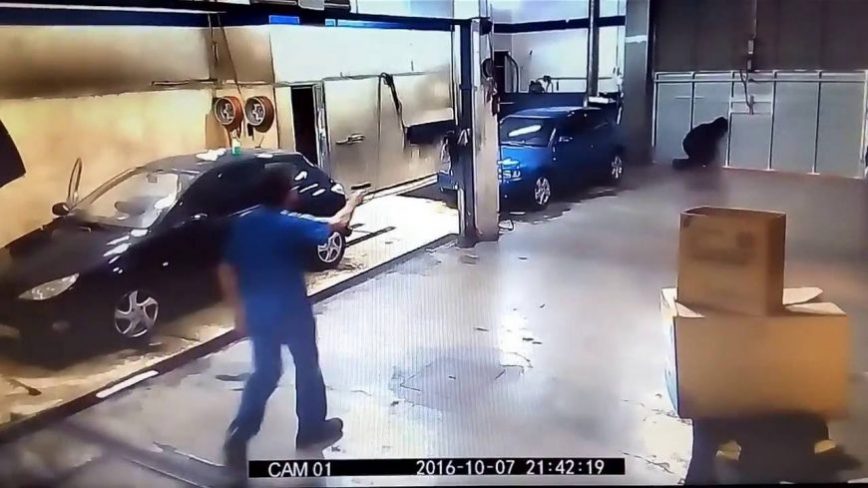