by Jesse Kleib | May 15, 2020
drag racingnascarnewsracingWooooStock

Michael Donovan Avin, 46, was charged following a series of bomb threats. The charges ...

Michael Donovan Avin, 46, was charged following a series of bomb threats. The charges would include possession, threatened or attempted use of a weapon of mass destruction for an act of terrorism according to the investigation by the Darlington County Sheriff’s Office

The man left a phone message “Describing a possible explosive device and the results it may create to further his cause,” says The Charlotte Observer. They say that the man had also written another letter to another location in Darlington. The alleged letter claimed that he had access to 125-tons of bomb-making materials.

Avin is currently in custody awaiting his bond hearing. It’s unclear why exactly he had placed the threats or if he had any specific motive. Darlington hasn’t commented on the matter and it appears as if it won’t change the upcoming schedule that plans to get back to racing.

NASCAR is expected to resume its season this upcoming Sunday at Darlington Raceway. They will become one of the first major sports to get back underway in the midst of the COVID-19 pandemic. Their schedule will be jam-packed as NASCAR will look to complete 7 races in just 11 days. The festivities will kick-off at 3:30 PM EST on FOX.

Following that, the Cup Series will race both Wednesdays and Sundays until June 14th when the schedule is set to return to a weekly format once again. Perhaps NASCAR can learn and provide a roadmap for other major sports. Discussions have been circulating with the likes of other organizations including the NFL and MLB as to possibly proceeding without fans present.

As of now, it seems like everyone will be watching for more developments before making these decisions. For now, we can expect to see the NFL back in action on September 10th. Other sports seem less certain about a possible start time.

Dale Jr. Sits Down With NASCAR President, Discusses How COVID has Changed the Future of Racing 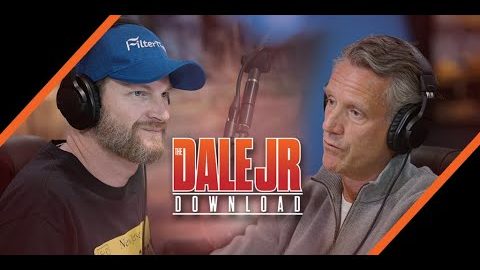