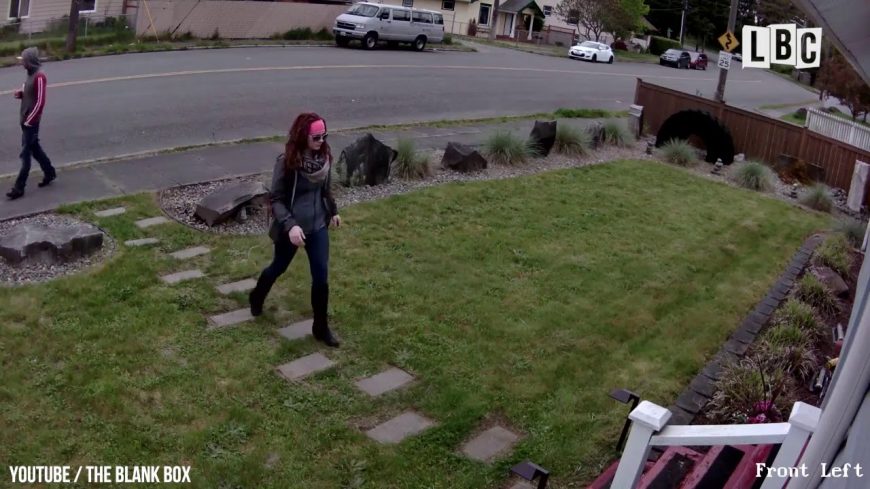 If it’s a real life Grinch that you’re looking for then look no further than this video because right around Christmas time, some of these folks decided that it would be wise to try and steal packages off of someone else’s front doorstep in broad daylight, thinking that they wouldn’t get caught. However, this problem was so prevalent on this main street in an area that apparently has a bunch of less than desirable people around town so this guy got into action, doing what he could to prevent evil doers from stealing around holidays.

Now, in order to be able to sit there and track all the people walking by his house on a regular basis would be a little bit too much of a tall task to carry out. Just imagine the time consumption that something like that would take up. However, what this homeowner could do was set up a booby-trap, waiting for people who would be passing by and attempt to steal the packages right off the porch so that when they tried to pick the box up, they would get quite a shock in return. It looks like these people definitely were in for quite a surprise when all this went down and they got pretty much what they deserved here. Perhaps, this will teach them to try and steal somebody else’s packages in the future.

In this one, we get the chance to check in with this unique situation that shows off a whole collection of people who are pretty lacking in the character category as they attempt to steal from this guy behind his back and get greeted with a blank shotgun shell that fires off when the package is moved. As of now, this video is trending on YouTube and hopefully, the shame of getting caught up in an incident like this will be enough to get these people reflecting on exactly how it is that they act when nobody is looking.

« Guy Loses it Over Parking Spot At Walmart