Man Fools Cops With Car Made Of Snow, Gets Fake Parking Ticket 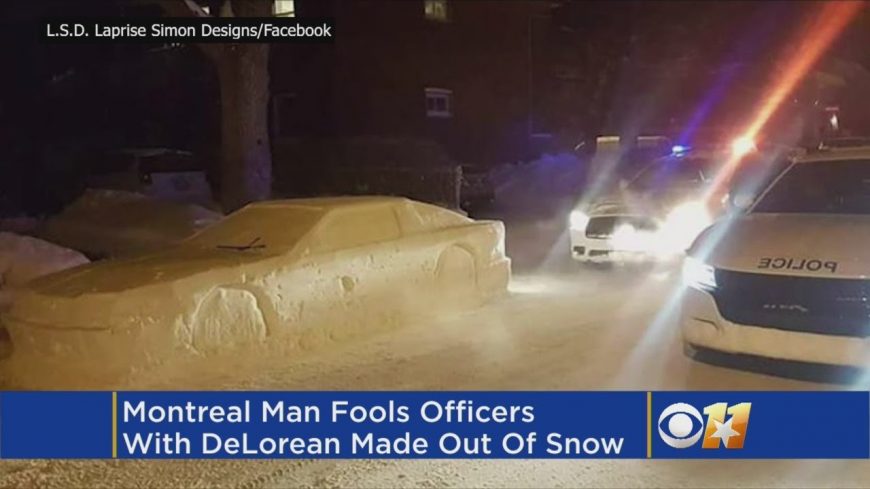 In this day and age, it really seems like everybody is so uptight with how they view daily situations that it really makes you wish that everyone would just take a chill pill. This time, however, we stumbled upon a situation that has some good old-fashioned fun happening and it may just be enough joy to make you crack a smile, forgetting about all the bickering back and forth in the world as a couple people simply got together and had a good time. It just so happens that, this good time is brought to us by a little bit of a light-hearted prank that a couple people decided to pull on police and we have to admit that this is a good one.

On a snowy night in Canada, it looks like a couple of guys decided to use their creativity to construct a fake car completely out of snow and nothing else. As this car sat on the side of the road, a police officer stumbled upon it and, in a state of confusion about what he was seeing, decided to call in another officer to the scene to check it out. Eventually, they would figure out that it was just a car made out of snow and chose to leave a ticket behind to show their appreciation for the effort that went into this joke.

On the ticket, they would leave a little note that said “You made our night haha.” Unfortunately, the mound of snow did need to be moved and it would be plowed the next day. It’s kind of refreshing to see a police and civilian interaction like this that doesn’t have people screaming on both sides of the argument but instead human beings sharing in a laugh. Let’s just say that these interactions are far more common than social media would have you think and we’re happy to see a video like this pop up here and there.

« Beast Mode Viper Can’t be Taken Down in the Half Mile!!