Sometimes, the truth can be stranger than fiction. For one Kansas City man, he would ...

Sometimes, the truth can be stranger than fiction. For one Kansas City man, he would end up in a situation that we aren’t sure anybody would have believed if it weren’t for the whole thing being captured on video.

When the driver in question parked his car, it was completely legal. However, he would come back to the surprise of a parking ticket. In addition, there was a new sign in place right in front of his car when there wasn’t one there previously.

Sounds like someone just trying to get out of a fine. Right? Think again!

In fact, a video that went viral on Twitter showcased the entire thing. As the car was parked, a worker came by to set up a “no parking” sign. This isn’t the biggest deal in the world. We’re sure that it happens all the time. However, when somebody came by not too long after to issue a ticket, this is when things begin to get a little bit crazy.

Indeed, the video did confirm that after the sign was created at 11:30 AM, the ticket was then issued at 1:39 PM the same day. By pure chance, when a news crew was out and covering the situation, the man who got the ticket showed up just as confused as the rest of us. After getting in touch with local officials, they advised him to reach out to the contact information on the back of the ticket and that common sense should prevail.

We aren’t necessarily sure how everything settled out but hopefully, this man got the $73 fine taken off of his record and didn’t have to pay a dime. What we can say with something like this is that sometimes, mistakes happen and they can be pretty hilarious when they do!

Fortunately, this one was caught on camera because the story almost feels too crazy to believe! 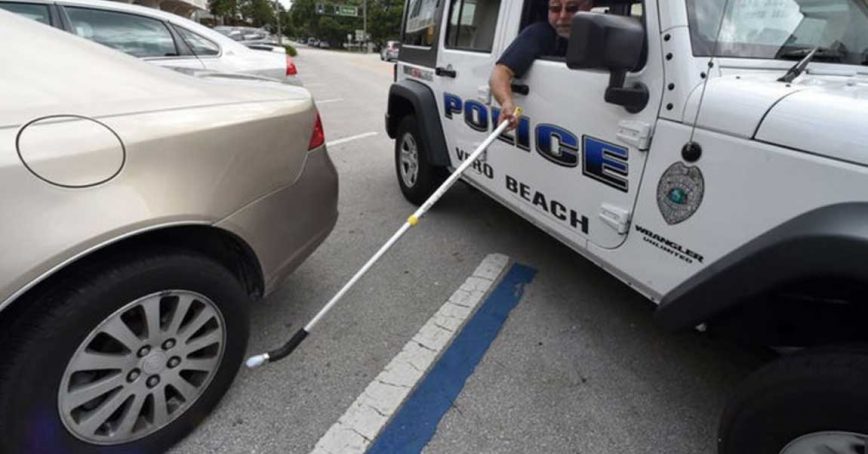