Man Gets Sucked Under the Back Tires – ZR1 Dyno Pull Gone Wrong!

Man Gets Sucked Under the Back Tires – ZR1 Dyno Pull Gone Wrong!

If you’ve ever been in any sort of functioning garage, you know that there are ...

If you’ve ever been in any sort of functioning garage, you know that there are a lot of moving parts that you have to watch out for. While wandering around said garage, you really need to have such an awareness that will allow you to scope out potential hazards and avoid them, whether it be something of danger to you or potentially a situation where you might end up doing damage to other vehicles in the garage. This time, we check out a scenario that definitely falls into the former as an individual gets caught up in a situation that certainly had to hurt.

It can be pretty easy to get distracted when you have something like a beautiful new Chevrolet Corvette ZR1 sitting on the rollers, however, as it turns out for this guy who is trying to clean off the tires so that they would stick to the rollers as best they could and grab some traction, it doesn’t matter what the case was or why he lost his focus. The situation was all the same as he would be brushing off the moving tire, when all of a sudden, he would get far too close to the roller and the broom would get pinched in between the tire and the contact patch, pulling the broom under and, after failing to let go of the broom, the man’s arm got sucked under the moving tire as well.

If you follow along with the video below, you’re greeted with the unusual situation that probably has this particular individual wishing that he paid just a little bit closer attention. It looks like he was able to get up without being too hurt in the process, which is the most important part, however, we would venture to think that his ego is probably going to take a pretty big shot as all of his buddies are probably never going to let him live this one down. 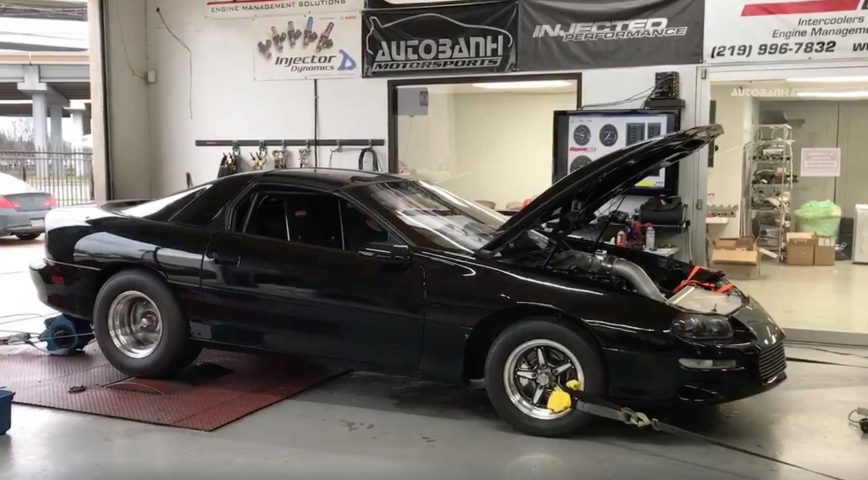