Sometimes, depending on what you’re doing, managing to put together focus can ...

Sometimes, depending on what you’re doing, managing to put together focus can be of the essence. A loss of such factors can really be a way to ensure that you do some damage. We surely get the idea that everybody is human and sometimes, we all slip up, however, in this situation, we check in on a moment where you really want to make sure that you have your wits about you, paying attention to every last detail and making sure that you really keep your eyes on the prize here. One false move with a weapon like this could really mean that you’re paying the price in more ways than one.

It appears as if this guy decided that he simply wanted to go out and spend the day firing one of his guns. However, before long, you find out that maybe he should’ve done a little bit better planning for this day of firing downrange. Now, it isn’t exactly a worst-case scenario because he didn’t end up blowing his face off, however, we get the feeling that this guy is going to be filled with a pretty good amount of regret as he continues forward, seeing just how much damage he did do his own truck, a vehicle that appears to be a Ford Raptor which certainly isn’t going to be something that’s going to be cheap to fix.

If you follow down in the video below, you’ll see the exact moment where this poor guy really messed up, taking the opportunity to let his weapon slip off of the door where it was being balanced and plowing a bullet straight through the door panel. It looks like next time, he’s going to have something to keep his eye on to make sure that something like this doesn’t happen again. As he posted the video, at least it looks like he’s taking it in stride and able to laugh at himself for this little bit of a mishap. 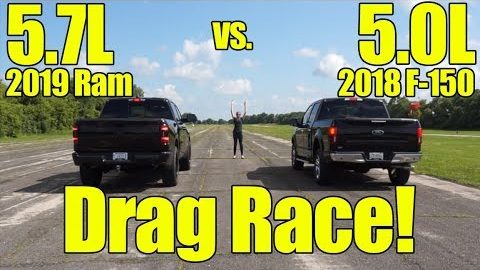