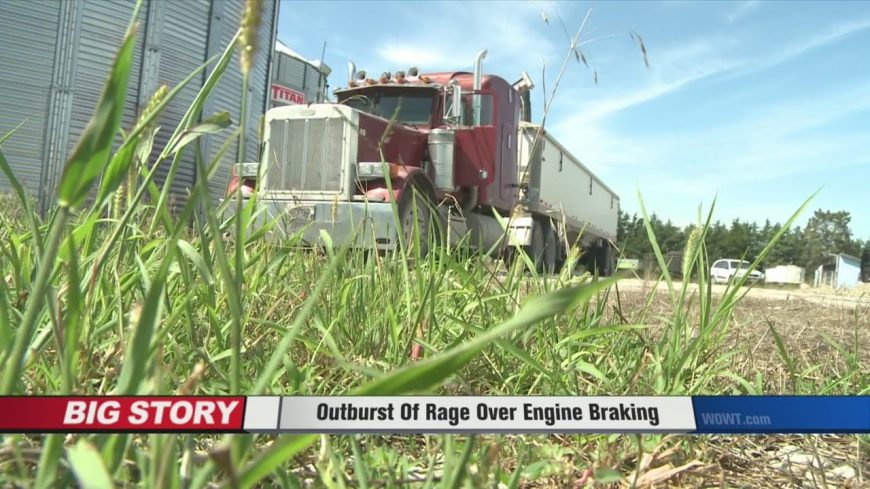 We all like to think that we are normal human beings operating in a regular way with our daily lives but sometimes, if you don’t constructively handle your anger, one might simply get pushed past that tipping point where all of that anger that they’ve been suppressing just comes unleashed and sometimes things are said that we regret and want to take back.

It seems as if this guy has been suppressing his feelings about the semi trucks passing in front of his house, using engine braking, for quite some time now. One poor trucker who used his engine brake to slow down near the guy’s house would be the recipient of all of this annoyed resident’s fury.

Now, the practice of an engine braking can cause quite a bit of noise. You have probably heard it before even if you don’t recognize the name. Basically, it is a common practice for trucks to use so that they can make use of their engine and momentum to slow down instead of wearing their brakes out quickly.

Because of the noise created, some counties that are more heavily populated than others have decided to outlaw the practice but in this particular county, the act is completely legal. However, it still looks like this dude is fed up with the noise out front of his house, regardless of if it’s legal or not. How fed up is he? Well, apparently, according to this news report, the man got in his vehicle and chased down a trucker for nearly an hour before catching up with him and going off on the poor driver. The result is captured by the trucker and can be seen down in the video below. Man, oh man, this guy blew a fuse!

« The New Bronco Promises to be a Mix of Wrangler and Raptor, the PERFECT Blend