Man Runs Over Jet Ski Rider in Boat, Jumps Off to Save Him 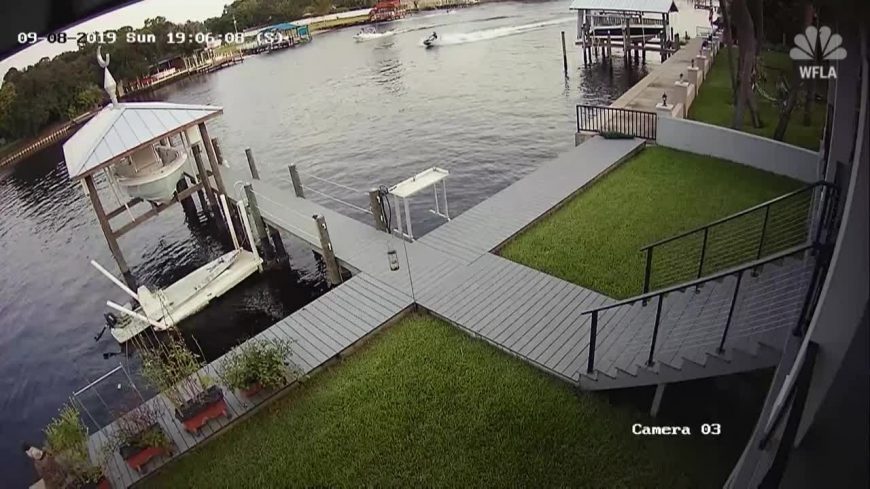 Out there on the water, things can escalate in a hurry. One moment, everything is going as according to plan. You’re on your boat, gliding through the canal without a care in the world. The sun is shining and things couldn’t possibly be going any better. The next, things could potentially flip right on their head. Even when boaters are being safe, this phenomenon still might come to life. Things unfold much differently than they might on the roadways. It’s really an area where one’s head needs to be on a swivel.

This time, we check out a couple of boaters who were involved in a freak accident that got scary in a hurry. The incident comes and goes, all within a matter of seconds and some fast acting might’ve saved a man’s life. This looks like something that could’ve easily happened to just about anyone boating.

The whole ordeal was captured from the likes of a home security camera as a boat and a jet ski collided with one another. As the jet ski rider circled around, it appears as if the rider failed to see an oncoming boat. It looked incredibly bad as the boat glided right over the top of the jet ski rider. However, the person behind the wheel of the boat was determined to not give up. The footage shows the moment as the fully clothed boater immediately hops to action, diving into the water. In a valiant rescue effort, the boater did manage to pull the jet ski rider out of the water. The split-second decision could’ve made all the difference in the result.

Luckily, the duo was able to avoid a worst-case scenario. While the rider was hospitalized, the man did manage to survive the incident. We bet that this is one that neither person will ever forget.