Man Trolls the Government, Figures Out How to Ignore a Ticket

Man Trolls the Government, Figures Out How to Ignore a Ticket

Before we get into this one, there is a little bit of a disclaimer that we think we ...

Before we get into this one, there is a little bit of a disclaimer that we think we should put at the top. We would highly recommend following all local traffic laws. In fact, we’d recommend checking into the rulebook and making sure that you follow all laws in general. This piece should act as nothing more than a little bit of an entertaining anecdote.

Once we saw someone bragging about ignoring tickets, though, we simply couldn’t turn away from hearing the story. As it turns out, automotive YouTuber, Rob Ferretti, might’ve racked up a couple of tickets associated with his Mercedes-Benz. For most people, they would choose to either fight the ticket or just pay it, as Rob reminds us.

However, in this situation, it seems as if Ferretti is picking the third option. Instead of handling the issue, he’s going to completely ignore it altogether. Some are likely wondering how exactly this could be effective. After all, the law has to catch up with you in one way or another, right?

Long story short, the answer to that question is “Not exactly.”

In many situations, traffic offenses are linked to the registration of the vehicle. Therefore, if somebody doesn’t pay one of these fines, they simply won’t be able to register their car. As it just so happens, Ferretti has permanent tags on the car in question. Therefore, he will never have to register the car again. If you’re not following the logic, this means that none of the tickets against the registration of the car amount to much of anything, apparently.

By following along with the video below, you might get a bit of unethical life advice. Again, we would probably recommend doing the research on this one for yourself. However, sometimes, it might be valuable to know the loopholes in the law. 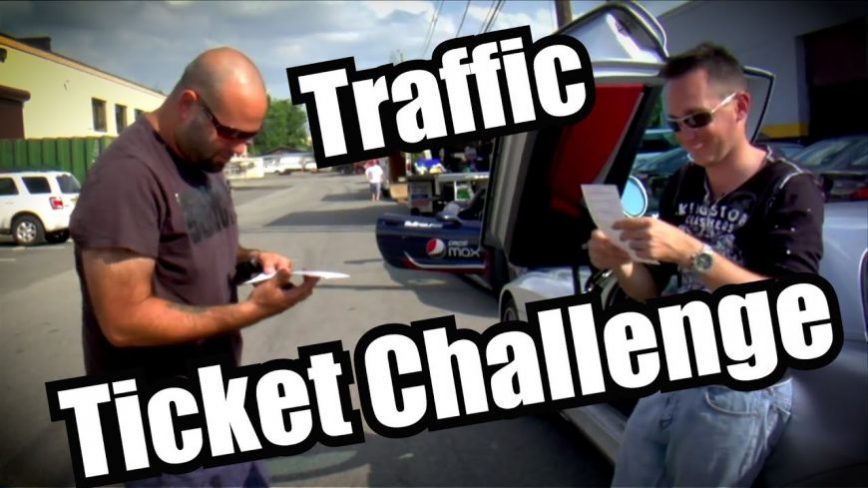