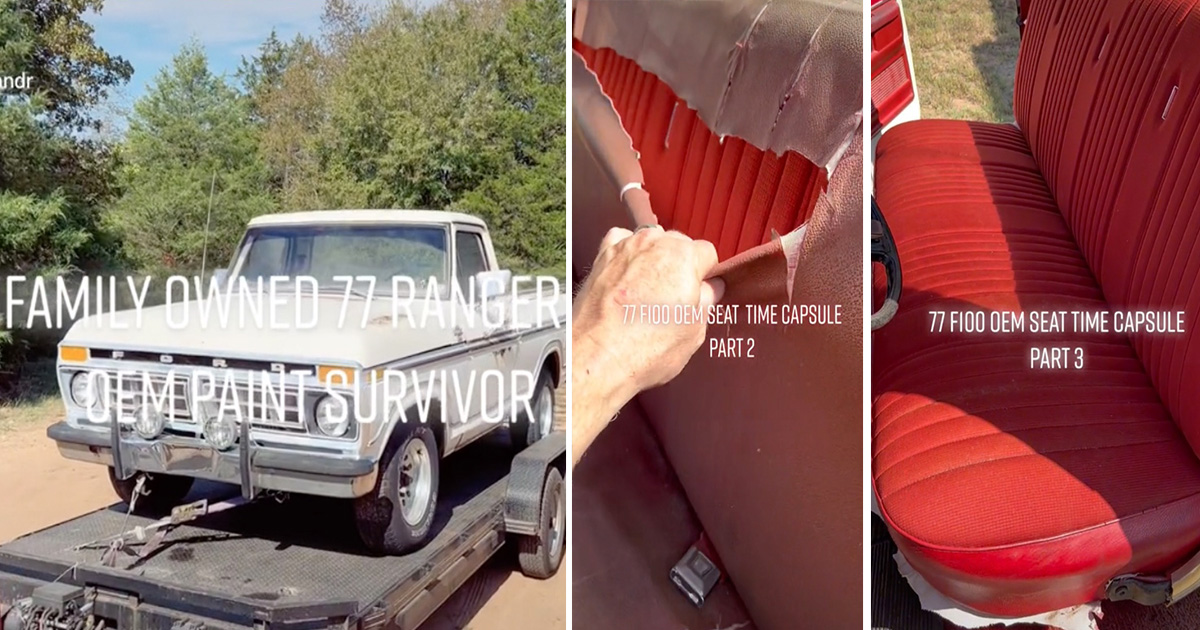 Over the years, father time usually has his way with automobiles. Whether it’s in conjunction with mother nature and her wrath on the condition of the vehicle sitting outdoors or just in conjunction with wear and tear that gets the best of even the most finely built cars and trucks over the years, old vehicles certainly have a way of wearing themselves thin sometimes.

This time, though, we get quite the treat from a 1977 Ford pickup truck that was hiding a little bit of a secret under the seat covers.

From the looks of things, apparently, the original owner of this F-100 decided to cover up the seats very early in the pickup’s life. It has to take some self-control to not really break in those factory seats and instead, cover them up with something else. It would seem as if the owner of this particular truck, though, decided that they wanted to keep those factory seats in good shape or maybe just didn’t like the color.

We fast forward to 2022 when a TikTok video showcases an individual who discovered that the seats were wrapped up. As he takes a knife to the already torn cover, underneath, a bright red factory seat is exposed. It’s pretty awesome to see this seat in what appears to be pretty much perfect condition after it has been conserved for all of those years. ‘

In the video below, we check out the removal of the cover that unveils some pretty awesome looking red underneath.

From there, the owner of the truck appears to have removed all of the covers, showcasing the back of the seat as well. For those who love their old school rides in showroom condition, the seat is definitely a time capsule that you’re going to want to check out.

« What REALLY Happened to Chip Foose From Overhaulin’? What is he up to Now?