Mangusta 108 Superyacht is up For Sale – Walk Through Video 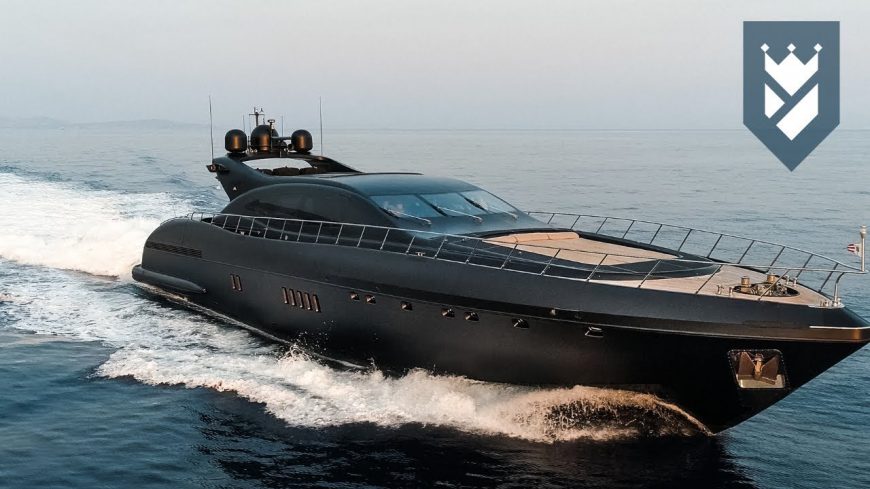 I think that it can be said that there is a clear divide between the rich and the superrich. Now, lots of people are striving for one or the other but there is a clear line between the two. The way that average people look at rich people is probably about the same way that rich people look at the superrich. We’re not exactly sure where to draw the line in that mix. We will let you decide that one for yourself. I think that with a vessel like this, though it’s clearly something that is only available to those who have an abundance of money.

This time, we’re joining in on a tour of a Mangusta 108 yacht. This thing goes by the name of “Neoprene” and certainly isn’t an average vessel. From first sight, it can be pretty hard not to fall in love with something like this with the stealth black exterior. As we keep going, the task of resistance gets even steeper. Every turn shows off something new that would be a nice luxury to be able to live with. Heck, some people don’t even have things like these in their home, let alone being able to have access to such features on the water and on-the-go. It’s really amazing to see just how it all comes together in one cohesive package.

When we follow down in the video below, we’re able to go on the tour of a lifetime. This video allows us to check out all of the features of this massive yacht that could make any day on the water a great day. There’s just something so alluring about a boat like this that, upon seeing it, makes us want to get on board. Just imagine being able to spend a day on this bad boy with about 20 or 30 of your closest friends, making the most of the water.

« Ultimate Party Boat, Pontoon Doubles In Size At The Push Of A Button