Imagine hanging out on the beach for a day of leisure while spreading out and talking ...

Imagine hanging out on the beach for a day of leisure while spreading out and talking in all of the sun rays on your day off. Now, just imagine a turn of events that has a massive helicopter making its way down to the beach and landing right in the middle of everybody who’s hanging out there. This might seem like a scene out of an action movie but for these folks on a Southern California Beach, it was their reality and a confusing reality it was.

When this 100-foot Marine chopper, the biggest one that they have, needed to make an emergency landing, the only place that was suitable to let the aircraft touch down was a beach in SoCal. Therefore, it made quite the scene as the helicopter that seemed like it was larger than life itself made its way down to the ground and spread out the crowd, giving it plenty of space to do what had to do.

Luckily, the emergency landing that came as the result of an issue with oil pressure didn’t cause any injury but, what it did cause was quite the scene as pictures and videos were taken aplenty, commemorating the event that would hit social media with a vengeance. I mean, how can you not talk about the scene where such a massive aircraft seemed to just fall right out of the sky and plop into your lap on the beach?

Check out the video below that shows you exactly what the scenes looked like that day as this helicopter made an uninvited arrival.The video doesn’t show the movement that the chopper touched down but I would venture to say that during that time, people were scurrying everywhere like a bunch of mice running from a large human foot. 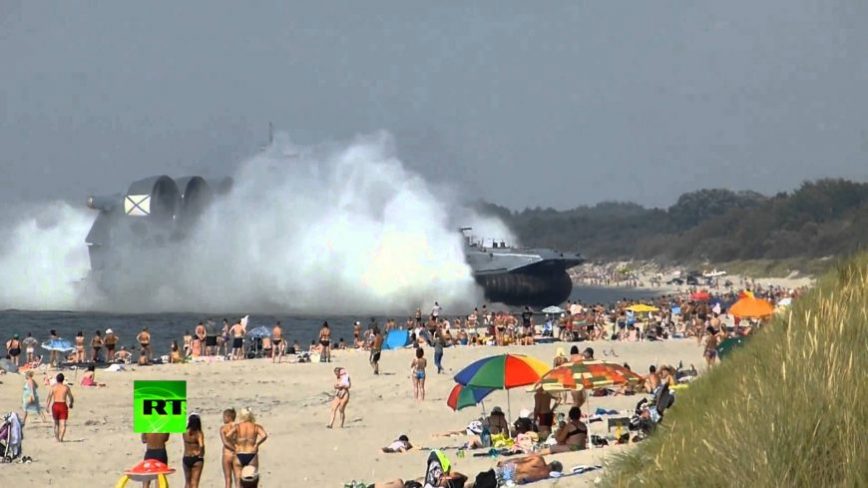