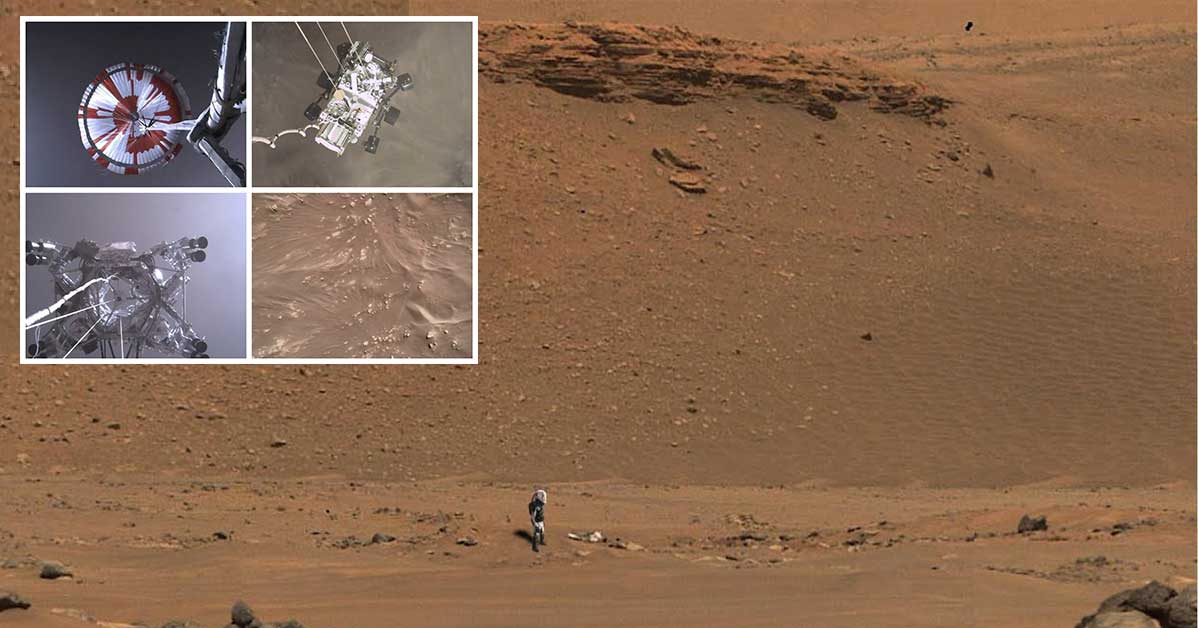 If there’s one thing that has certainly seen a lot of action recently, it’s humanity’s pursuit of the expiration of what resides beyond Earth. From a UFO being confirmed by the government to Elon Musk privatizing space travel, it really is a wild time to be alive.

Now, I’m no astrophysicist. However, it would seem as if the ultimate holy grail in finding life has yet to come along. However, that doesn’t say that these missions have come without a couple of surprises here and there. After all, we’re looking at an entirely untouched planet!

This time, we get to check in with one of those exploration gems that give us something to talk about in regards to these Mars missions. Instead of finding alien life, one of the most recent finds from the red planet involves something left behind by human beings. As it turns out, every mission including the Perseverance Mission left behind a couple of artifacts to be discovered later down the road.

Recent footage has actually shown some of the wreckage from the spacecraft that didn’t make it off of the red planet.

To some, this might just look like some old space junk. However, the history behind this hunk of metal definitely puts it in a class all its own. In fact, Perseverance and all of the pieces that went with the mission are one piece of the puzzle that help paint a picture of our exploration of the unknown, bringing it into the known universe.

Down in the video below, we’re able to capitalize on the footage being recorded from Mars. It’s pretty rare to see something new happening as these developments tend to come out rather slowly. This time, though, we can sink our teeth into something amazing as we check in on a robotic artifact from the human race.

« Top 5 Reasons Why You Don’t Daily Drive Your Bugatti