In this day and age, technology is moving incredibly fast. No pun intended.2X the ...

In this day and age, technology is moving incredibly fast. No pun intended.

It seems like just yesterday that autonomous driving technology had been released. Vehicles driving themselves seemed like a foreign concept and one that would take forever to be perfected. Even though the systems still need human supervision, vehicles like Tesla have been able to drive themselves for a couple of years now. They’ve also proven to be rather safe and reliable.

This time, we take a trip to a little experiment with Stanford engineering. After seeing an experiment like this, we can’t help but be impressed. Furthermore, we can’t help but expect that autonomous driving technology will be fully independent before long. In fact, those behind this one have taken it a level above detecting curbs and threw a vehicle sideways entirely.

In something that they like to call “MARTYKhana,” we’re able to watch a DeLorean driving without human interaction. Not only is it making its way around a complicated course but it’s also drifting to get there. The ability to be able to keep a car sideways and balance in an experiment like this really adds to the wow factor. It really makes one wonder what’s coming next in the world of autonomous driving.

We aren’t sure that technology like this will necessarily be available to the average consumer anytime soon, even though “drift mode” would be really cool. However, it’s incredibly impressive to watch this preprogrammed drifting exhibition. Before we know it, robotics might just be competing against one another in drifting competitions. Perhaps there will even be a day where humans and robots go toe to toe on this platform.

By following along with the video below, we’re able to absorb the full effect of MARTYkhana. The folks at Stanford behind this one are simply making magic happen.

First Drive: Ken Block Already Got to Wheel the Mustang Mach-E (Will he Hoon it?) 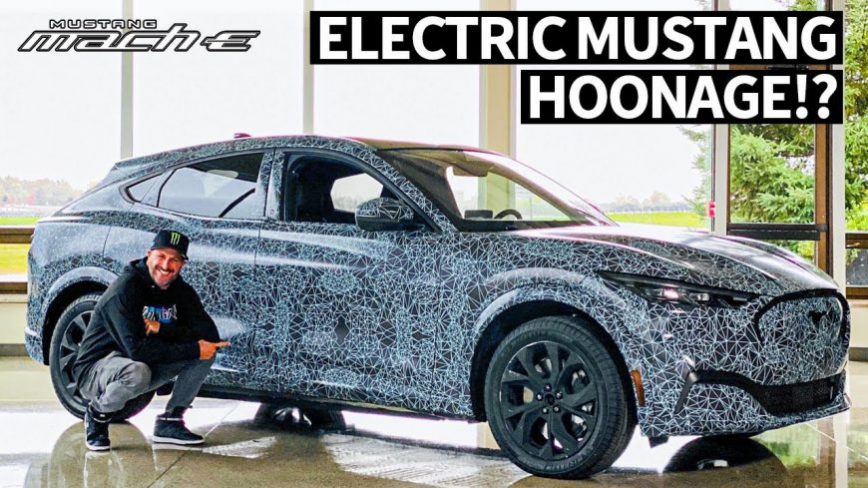