When you hear a phrase telling you that you should select the right tool for the job, ...

When you hear a phrase telling you that you should select the right tool for the job, your mind may immediate lean in the direction of handtools. However, this phrase applies to a whole gamut of different jobs and can even stretch its legs to cover the truck that you’re driving. However, this doesn’t stop some people from trying their hand at really stretching out the tools that they have at their disposal and trying to make them work for the job that’s in question. It seems as if this Ford Ranger driver decided that he would do exactly that and it didn’t really pan out in his favor.

I’m not sure really what any of these guys were thinking when they tried to load up that poor little truck with a massive boulder. Perhaps it was all just a stunt for the sake of the video but straight from the get-go, you can tell that this one isn’t going to end well. I’m not even sure that a full-size heavy-duty truck on a heavy chassis would be able to accomplish such a goal as whatever they were going for here so you definitely know that this mid-size mini truck isn’t going to be handling the weight all that well at all. It’s really one of those situations where you get put in suspense because you know that the crash and burn is coming and it’s only a matter of when.

If you follow along with the video below, you’ll be able to witness the moment as the massive piece of rock was dropped in the back of the truck and it gives out under the weight as if it were nothing more than a tin can trying to support the weight of the world. If testing something like this isn’t enough for you to reconsider piling up that heavy load then we absolutely are not sure what is! 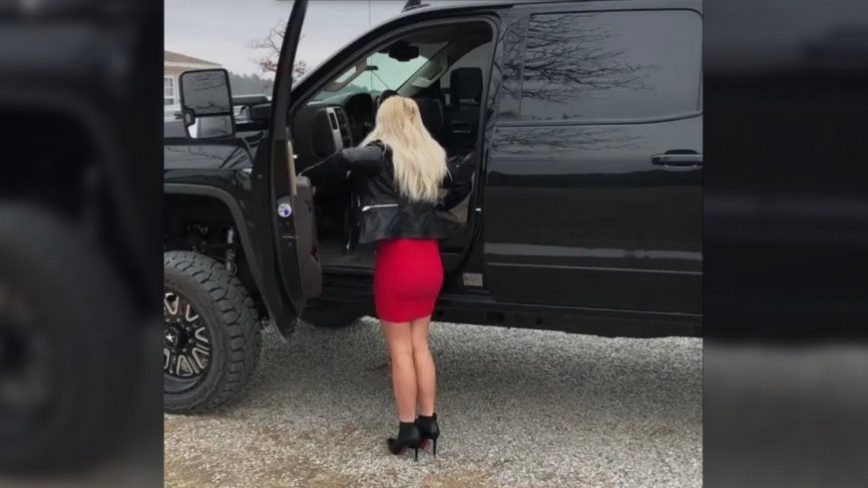