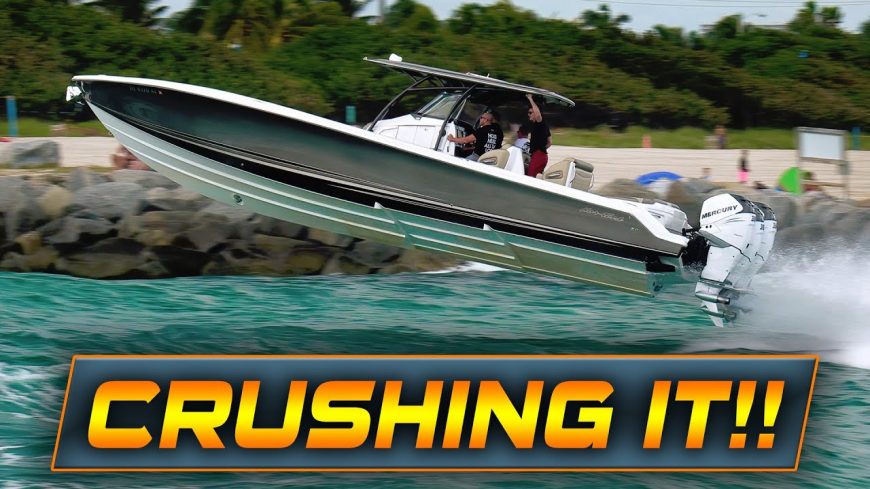 As most people who have spent any amount of time on YouTube have discovered, the site definitely has its fair share of rabbit holes. One moment, we discover a new concept and the next, we can’t help but really dig into it, finding all of the nuances and different videos surrounding such a concept.

One of the ideas that have really captured our attention is that of being able to handle rough nautical inlets. Some of these locations can end up delivering incredibly rough water conditions. With that, only experienced boaters are going to be able to navigate the situation. However, plenty of times, we find that inexperienced boaters get in over their heads rather quickly without even realizing it until it’s too late.

One of the most infamous locations, known for its incredibly rough conditions is Haulover Inlet. As the swells rise, conditions become more and more challenging for boaters to be able to handle. With that, we see some interesting situations unfold out there. Some of them show experienced boaters really flexing their muscles and others show people who probably wish they would’ve stayed home on that day.

This time, we get a mix of both with mostly experienced boaters on tap. Perhaps the most exciting part of this video comes right off the bat when a rather sizable center console comes ripping in. In fact, it’s not often, if ever that we see these sorts of speeds through the inlet. However, the boat was able to conquer the water in front of it, cutting through the chop like it’s nothing as it went entirely airborne.

By following along with the video below from Wavy Boats, we got a front-row seat to all of this action. We have to be honest, if we were at Haulover, we could definitely sit all day and watch vessels make their way through the tumultuous inlet.