I have the good fortune to live in a city that is home to a host of military ...

I have the good fortune to live in a city that is home to a host of military operations and associated contractors, so there is a constant stream of military aircraft flying overhead. From Blackhawk helicopters to C130’s, rarely does a day pass that I don’t look to the sky to check what the military is testing or training.

However, anytime a C-5 Galaxy makes a trip to town, the behemoth makes a stir even amongst those who are used to seeing C-17’s on a daily basis. This monster is the largest jet flown in the American sky, and has often stopped traffic on the interstate when landing at the airport, which sits just a few hundred yards from I-565.

Sporting four shrieking GE TF39 engines and a distinctive “high T” tail design, the Galaxy is instantly recognizable and makes its presence felt even when soaring high overhead. As you can see in the video below, it looks almost as if it’s too big to fly, but it certainly does so with a surprising grace for such a massive aircraft. 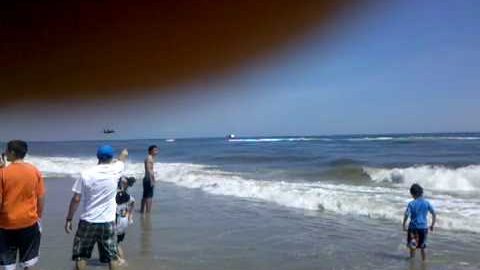