When it comes to those throwing down in the Outlaw 10.5 class, you see some truly ...

When it comes to those throwing down in the Outlaw 10.5 class, you see some truly incredible machines flying down the track. This past weekend, the gates opened up at Cecil County Dragway at their monthly Street Car Shootout and allowed a whole collection of these wild machines to blister their way down the racing surface, screaming out notes that would leave the fans covering their ears and cheering for more as the cars pushed the limits on exactly what this class of racing is capable of.

Let’s just say that if you’re watching a race go down in this class, you’re going to want to keep your eyes peeled because at the snap of a finger, you could be missing the action as the cars jet their way through the eighth mile beams and clock off quicker and quicker passes with every blip of the throttle.

Among the favorites at these events happen to be the Decker salvage crew with Mike Decker behind the wheel of his Chevrolet Camaro. Not too long ago, though, the crew brought another member onboard with an insane C7 Chevrolet Corvette that’s chopped up and decked out to the nines so that it could be just as dominant as the old machine was. This weekend would be one of the first times that the car has been out in competitive action as it has always taken a back seat to the f-body until now!

With that massive supercharger sitting atop the engine, This thing absolutely screams. Having been on the scene, I can most certainly attest to the fact this is probably one of the loudest if not THE loudest machine to battle it out in the Outlaw 10.5 class that day. Those blower cars just make so much noise that you can barely hear yourself think if you’re within a quarter mile of them going wide open.

The crew didn’t manage to go home with victory, on this particular weekend, as an early round race would appear to have them breaking a component in the machine. However, this appears to be just beginning of what could be an incredibly fruitful racing career for the C7 Chevrolet Corvette. Be sure to stay tuned to see what comes out of this mean machine next. 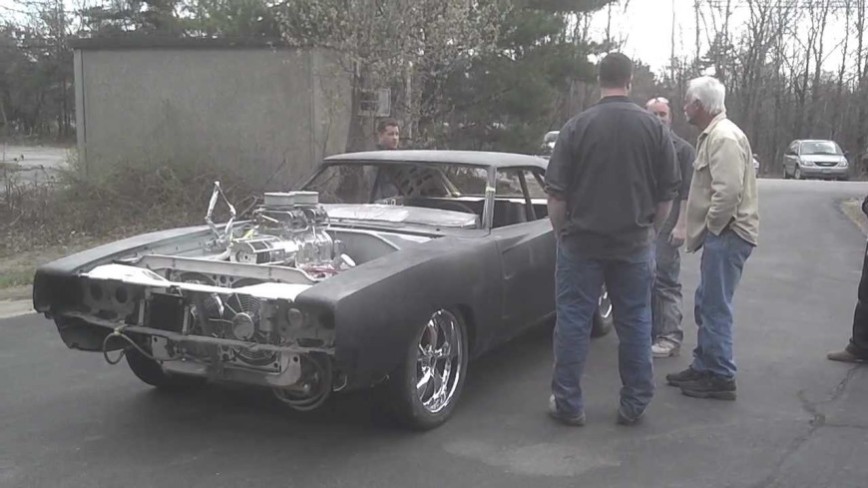