Mattias Ekstrom Is known for being one of the best racing drivers in the world. ...

Mattias Ekstrom Is known for being one of the best racing drivers in the world. Having started racing in 1993. I know, longer than some of you have been alive lol having won a Swedish Touring Car Championship, Two Deutsche Tourenwagen Masters, Championships, and one FIA World Rally Championship. Ekstrom has driven for the likes of Audi, Volvo, even Ford. He also became the first Scandinavian driver to compete in the then NASCAR Sprint Cup Championship Series when he ran a race at the famed Infineon Raceway in Sonoma, California.

The Streif is known as one of the most challenging downhill ski slopes in the world. Known for bringing the best skiers from around the world together in an attempt to tackle the course. Having had multiple video series filmed there, and a few movies. This course will test the best snowboarders and skiers alike.

Needless to say only one group of people would come up with the wild idea to take a full blown rally car to the world’s most notorious downhill ski slope, and attempt to drive up it. Yes, they want to drive up the course. The team from Red Bull brought in the rally legend to tackle this feat. The reasoning? To test the abilities of not only Ekstrom, but the new Audi E-Tron technology. The team incorporated a rope for safety purposes in case something happened, but it wasn’t needed as the first attempt at the epic hillclimb ended with Ekstrom scaling the 85% incline with relative ease. Ekstrom stated that at the end of the climb approximately the 25 meter mark it got a little bit scary for him. Even one of the best racing drivers around, who has seen it all from the NASCAR short tracks, to the Swedish Touring Car Championships. It Just goes to show you that mother nature truly is the scariest force to deal with. 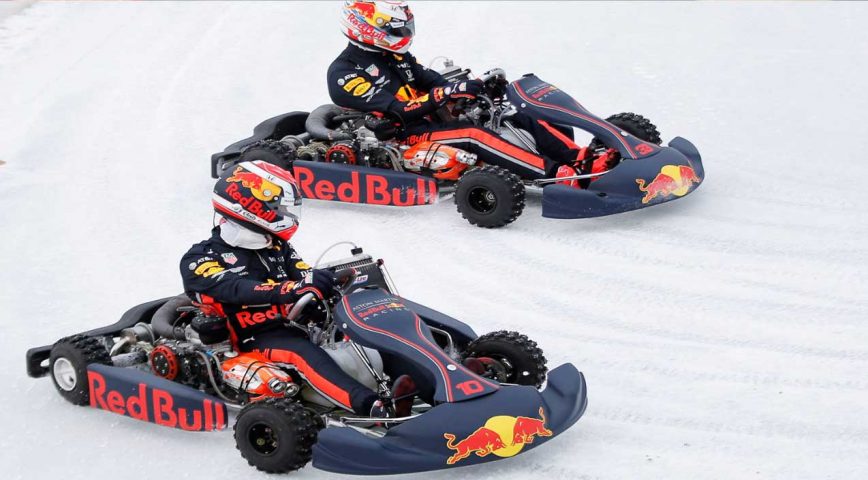