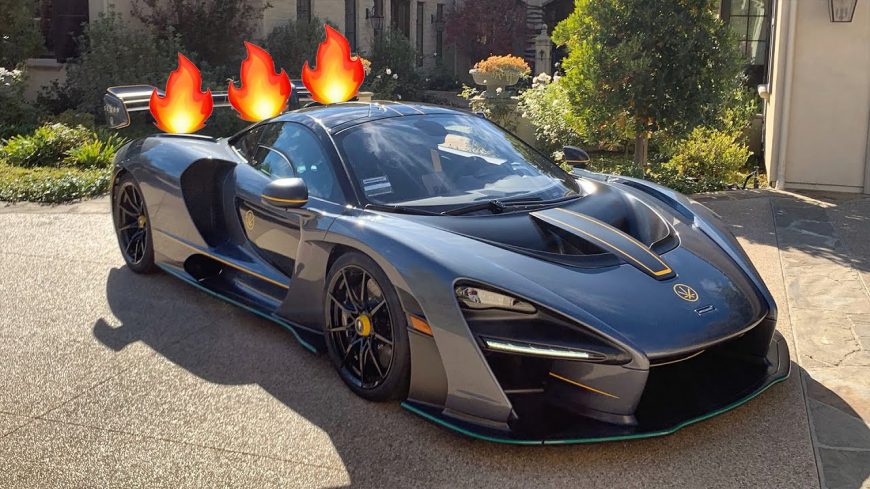 This probably seems like a pretty sweet proposition to most. Now imagine taking that feeling and shifting it into a situation where there’s a pit in your stomach because you’re afraid it’s going to catch on fire. Sure, someone with a seven-figure supercar probably has some disposable income. That doesn’t change the fact that losing a million-dollar car is going to be incredibly painful.

That feeling has been very real for many owners of McLaren supercars. Some insinuate that the brand has drug their feet on a recall.

McLaren has been surrounded by the threat of litigation for quite some time now. This has been due to the tendency of models to catch on fire. In a recent move, the brand will be recalling the cars affected. Some owners have had to wait over a year for the move but hey, better late than never, right?

McLaren will be recalling 2800 cars over a risk of fire. Included in the recall, we find the

The real kicker here is that the problem is related to something incredibly simple. Those who have wrenched on cars know that in many cases, a dramatic problem can be traced back to something basic that was overlooked. In this case, that “something simple” is a foam pad under the fuel tank that gets moist. This moisture can corrode the fuel tank, creating a leak that can spark a fire.

We could see why an exotic car manufacturer wouldn’t want to make a recall right away. After all, nobody wants to be known as the brand that catches on fire. Not too far in the rearview mirror, we remember a day where exotics had the widespread reputation of being unreliable.

McLaren isn’t alone in big-name recalls in recent memory, though. Just a couple of other examples of high-end cars being recalled include the likes of the 2017 recall of the Bugatti Chiron due to a seat bracket issue or maybe Lamborghini’s recall of the Aventador SVJ just a couple of months ago over improperly installed door handles. Recalls of these high end cars is more common than one might think.

If you ask someone like the highly vocal Salomondrin about the issue, though, perhaps its the company’s handling of the defect that has given it so much negative attention.

« Competitor Breaks Down, Turn By Turn, What Makes The Indianapolis 500 so Grueling