Meet the new owner of the Bugatti Vision Gran Turismo!!!

Meet the new owner of the Bugatti Vision Gran Turismo!!!

I’m not sure if there has ever been another car be plucked from the digital world of ...

I’m not sure if there has ever been another car be plucked from the digital world of video gaming and quite literally brought to life. And we aren’t just talking about a scale reproduction of a car, this car is quite literally an over-the-top, insanely high-powered, handles-like-it’s-on-rails supercar as seen in the Grand Turismo game series, brought to the three dimensional world in live in by the minds at Bugatti.

The car isn’t being manufactured, so it’s not something you can go out and buy, even if you had the money, and no, you can’t buy it with in-game credits either. Instead, Bugatti built one GT Vision concept car and had it shipped to the United States, where YouTuber James from TheStradman channel caught up with the car at LAX as soon as it was delivered.

Watching the team carefully unload the car, which only barely fit inside the shipping container that brought it stateside, you can feel James’ excitement despite being little more than a spectator, albeit and enthusiastic one. From the crate to a transport truck, the GT Vision is carted across town to it’s new home, quite possibly the most badass garage we’ve ever seen.

Joining it’s Bugatti brother, along with a McLaren P1, a Ferrari Laferrari and a Lamborghini Centenario in the gorgeous mirrored garage, the GT Vision is rolled carefully into place. We aren’t sure if the car will ever be driven, or even if it can legally be taken out onto public streets due to its status as a concept car. Whether it ever sees the light or day or not, the new owner will certainly have the car carted to some events and will even have it spend a little time at a museum, according to our host James.

Thanks to TheStradman channel for sharing this footage with us, we hope to see more about this insane ride in the near future. 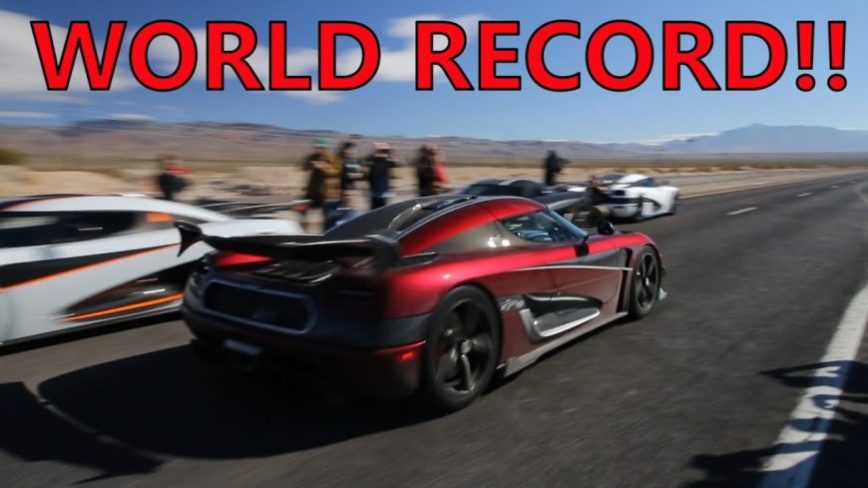