Meet The Youngest Koenigsegg Owner In The World 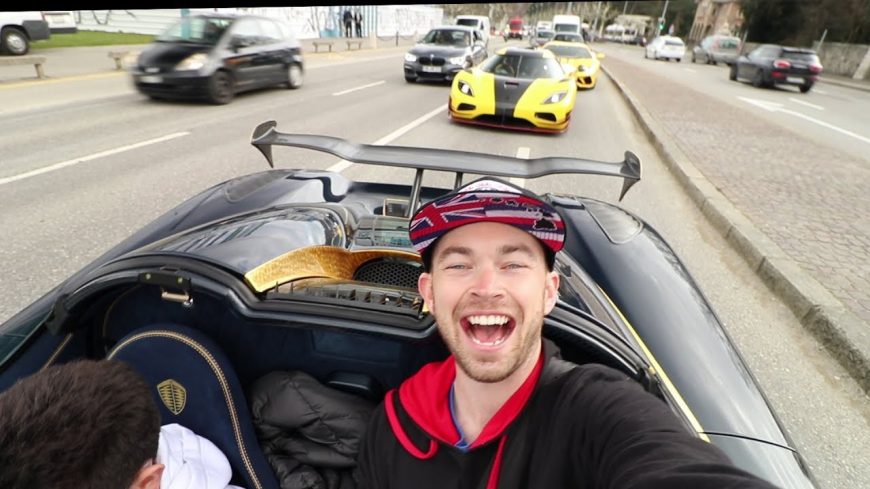 James from TheStradman channel is always jet-setting around the world, checking out anything and everything relative to the car world. Recently, he loaded up and headed to Switzerland for the Geneva Auto Show, but as he points out in this video, the show itself is only a small (and admittedly vanilla) part of the reason he made the trip.

It turns out, there’s an insanely rich supercar and hypercar community in Geneva, and James just happens to have made some connections within the group, so he meets up with Pasin Lathouras, his friend who just happens to be the youngest owner of a Koenigsegg in the world. Lathouras has an Agera RS trimmed out in the Naraya trim package, which features a deep blue Alcantara interior and opulent gold trim throughout the car.

James and Pasin head out to a meet where there are a couple of other Koenigseggs, along with several other high-end exotics and a throng of onlookers who chase them down the road as they roll out. From there, Pasin takes our host on a little ride through town, where they listen to the rolling symphony that is the Agera RS’s exhaust.

Finally, we take a stop by an exotic car dealer, where James takes a closer look at a couple of ultra-rare rides. There’s a Pagani Huayra decked out in blue carbon fiber with some custom accents that really make the already-gorgeous car stand out from the other exotics. And then there’s the Apollo IE, one of only twelve that will ever be built (two prototypes and ten actual production units).

Decked out in purple carbon fiber sitting atop gold wheels, this is easily one of the most striking cars to ever be built, and with only 10 of them being built, this will go down as one of the rarest exotic cars on the planet.

We’ll check back in with James soon to see what other awesome shenanigans he’s into when he heads off on his next adventure.