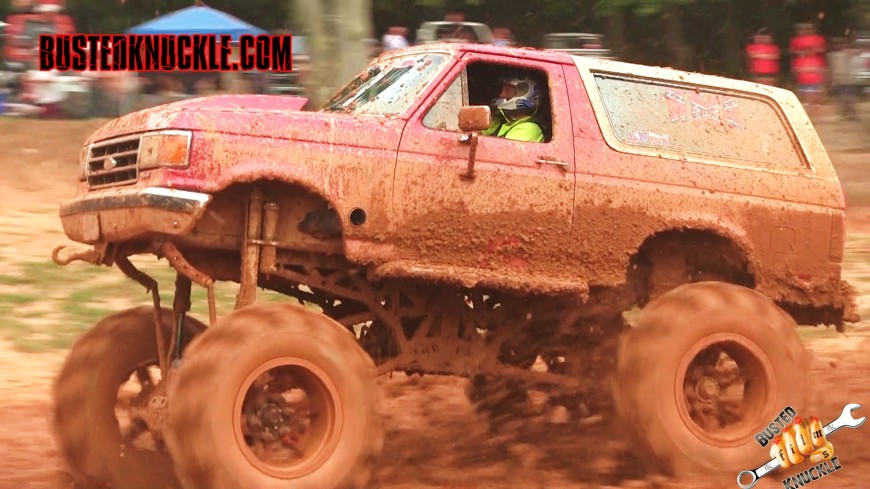 It’s big, it’s bad, and it’s a mud killer is the HMB Mega Ford Bronco as we catch it in action at Pig Pen Family Mud Park in Georgia for a little bit of off-road action.

This thing screams through the mud and takes no prisoners as nothing is held back in this killer run that puts man and machine against off-road park.

We’re pretty inclined to say that man and machine conquered mother nature in this one as the truck is able to catch some major air and leave in tact!

Check out the video below as captured by the guys at Busted Knuckle Films. This Bronco goes to the edge and back and as a result leaves us with one killer run!

Check it out below as this Bronco isn’t so lucky.

« SOMETHING SICK GETS WILD AT PIG PEN MUD PARK