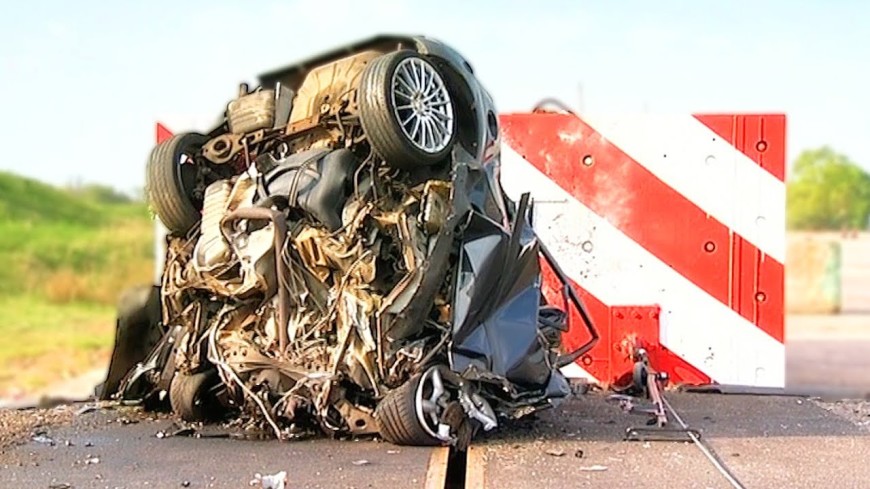 Generally, when we see crash testing go down, the damage is devastating. This situation, however is unlike any crash test that we have seen before. The results are truly astounding.

Unlike other tests that we’ve seen, this time the subject goes from 120mph to zero all in less than a second. The result: 400 g-forces to the dummy inside the vehicle. Even though there’s no real human involved, this is still painful to watch.

Watch below as the Ford Focus is crushed so hard that is no longer recognizable. This will probably make folks think twice next time before going for a spin at such reckless speeds.

Wonder why tests like these are carried out? Allow this careless mother to show you why!