All of my life, I’ve been a fan of Mercedes-Benz. My parents always had a Benz in the ...

All of my life, I’ve been a fan of Mercedes-Benz. My parents always had a Benz in the garage and I came to know and love them as beautiful, reliable, comfortable rides that just seemed to be built better than other cars I’d ridden in. Even as a kid I could appreciate the lower levels of road and wind noise and the extremely soft leather and non-squeaky interior pieces. Of course, Mercedes-Benz of the late 80’s and early 90’s has given way to a completely different company, one that maintains that level of quality while adding undeniable flair and performance to its lineup.

That ramp-up has culminated, at least for now, int eh Mercedes-AMG Project ONE. While it’s currently little more than a rolling concept, the car does represent something for the brand and a potentially badass car.

The project one will basically be a Formula 1 car draped in street-legal trimmings. “The two-seater Mercedes-AMG Project ONE will transfer the latest and most efficient Formula 1 hybrid technology almost one to one from the track to the street for the first time. The performance hybrid will produce over 1,000 horsepower at a maximum speed of over 350 km/h.

The Project ONE isn’t just about straight line performance though. “The Mercedes-AMG Project ONE will combine stunning racetrack performance and practical Formula 1 hybrid technology with exemplary efficiency. It is not just a tribute to our success in motorsports, but also a strong statement on our way to the ‘Future of Driving Performance’.”

The car seen in this video is nothing but a rolling demo car, a proof of concept if you will. However, it represents what could be one wicked ride, so we hope to see the German automaker follow through!

The Apollo IE is a Flame Throwing BEAST! | Car Spotting in Geneva 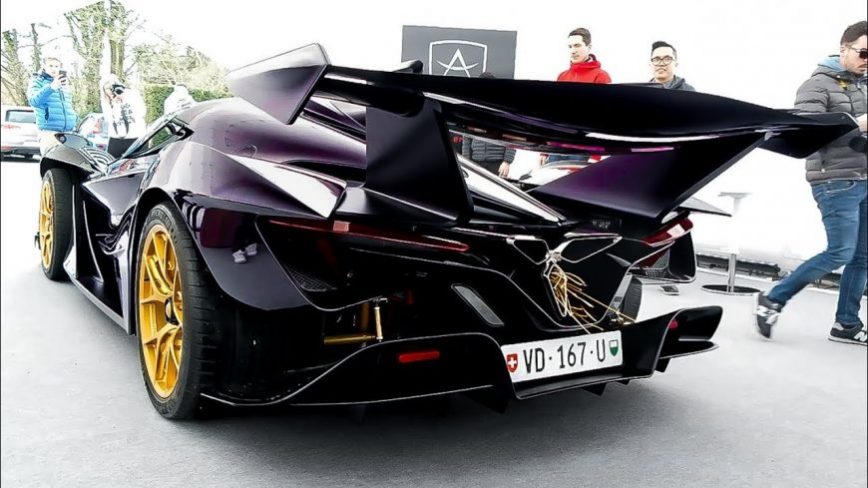