Mercedes-Benz Builds Avatar – Out On The Strip Of Las Vegas But Where’s the Steering Wheel?

Mercedes-Benz Builds Avatar – Out On The Strip Of Las Vegas But Where’s the Steering Wheel?

When we heard that Mercedes-Benz was building a concept based on the Avatar movie, we ...

When we heard that Mercedes-Benz was building a concept based on the Avatar movie, we knew it was going to be good. With what we’ve seen so far, we have to say that we’re pleasantly surprised.

At CES 2020 in Las Vegas, everyone was unveiling their latest and greatest electronics. This included automotive giant, Mercedes-Benz as they pulled the covers off of the VISION AVTR.

The concept itself is rather radical. The machine looks nothing like what we see on the roadways today. Instead, what we get is something that looks like it was out of a futuristic sci-fi movie. As with any concept vehicle, expecting this exact cut to make it all the way to production is kind of a longshot. However, we had to dig just a little bit to see if Mercedes was planning on making any of this vision a reality.

Via the brand, website, they describe the car by telling us that “This concept vehicle embodies the vision of Mercedes-Benz designers, engineers and trend researchers for mobility in the distant future.”

One of the more interesting features on this bad boy is that it has no steering wheel. Instead, there is simply a center console that is said to connect car and driver. This sounds like something that might take some getting used to. Imagine reengineering the intuitive nature of a car. It could be something to keep an eye on.

Furthermore, the car seems to really keep tabs on the occupants. We’re not talking simply about facial recognition. Instead, the machine promises to read vital signs which are accompanied by a visual output. Mercedes tells us that the vitals will be used to control lighting.

The machine is said to deliver nearly 470 hp, a number that the automaker claims to be the new “benchmark for EQ power.”

They continue that “The innovative all-wheel drive with torque vectoring enables completely new freedoms and guarantees driving dynamics at the highest level while at the same time providing the best possible active safety.”

In other words, the power will be delivered to each wheel depending on the situation. They continue that the front and rear axles can move simultaneously or in opposite ways. This allows the vehicle to proceed with the “crab movement.”

Battery power is composed of graphene-based organic cell chemistry, says Mercedes. This means that it “completely eliminates rare, toxic and expensive earth such as metals.”

Most impressively, they say that the batteries will be 100% recyclable. This is some tech that hopefully we see introduced sooner than later. Getting rid of or recycling batteries in electric cars might be an issue that we face with the current market.

Another feature that we would love to see soon is the recharging capability. The automaker tells us that the battery can be fully recharged within 15 minutes. This charge will allow the 110 kWh power source to last for 435 miles.  To help the cause for power, we also see “Integrated solar plates” which they also call “bionic flaps” that we see on the back of the vehicle.

When all is said and done, there is a ton to absorb with this one. When we check out a concept like this, we can’t help but be excited about the future of motoring.

Excuse Me? Sony Drops a Bombshell, They've Built Their Own Electric Car! 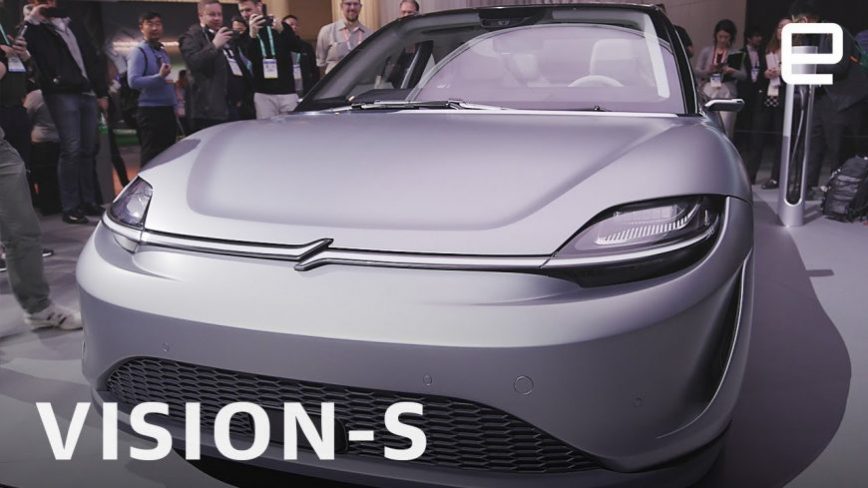