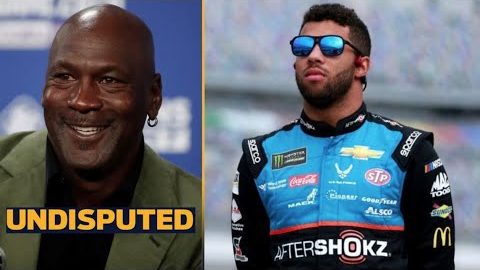 As the NASCAR season pushes toward its playoffs, naturally, the biggest storylines are around those who have a shot at winning at all. However, that isn’t where the excitement stops, not even for fans of drivers who have been eliminated from playoff contention.

Instead, there are always underlying storylines of what drivers will remain in their cars.

Essentially, in most cases, drivers in NASCAR are essentially treated like players in other sports. In most cases, they sign a contract and race under the contract. Once the contract has come to an end, the team owner will have to make a decision on the driver. On the other side of the coin, drivers who have shown that they’re talented or popular enough to justify a better team recruiting them can decide to move up the ranks to drive for somebody else.

In the world of NASCAR, more money means a better shot at winning. It’s just the way it is. Therefore, drivers are always looking for a team that’s willing to spend on their operation.

This year, one of the hottest names in the driver swap conversation was none other than Bubba Wallace. This phenomenon has surely been amplified by Wallace’s part in a viral story earlier this year in which there were claims that a noose was found in Wallace’s garage. That story was later found to be false by the FBI.

With a variety of different teams supposedly looking to move on from their current driver, Wallace’s name has been thrown around a lot. When the chips ended up falling for Wallace, though, he would end up in an unlikely position. Instead of joining a pre-existing team as speculation might have pointed to, he will be a part of an entirely new team.

Behind the scenes, NBA legend, Michael Jordan, and fellow competitor, Denny Hamlin, have decided to form an entirely new team with Wallace as their first and only driver so far. Jordan has been a long time fan of NASCAR and Denny Hamlin is currently a Jordan athlete behind the wheel of the number 11 car. It seems like a match made in motorsports heaven.

Fans will be on the lookout to see if the team that potentially has more funds available could be a boost for the career of Wallace. This will most certainly be one of the most interesting storylines to follow as we head into the 2021 NASCAR season.

« You Thought Rental Cars Got Bad Treatment? Check Out This Rental Backhoe