They Already Slapped Nitrous on a C8 Corvette, Ride Along in the Car While it Rips!

They Already Slapped Nitrous on a C8 Corvette, Ride Along in the Car While it Rips!

As fans of cars of all shapes and sizes, we have to say that 2020 is quite a crazy year for motoring. From the mid-engined Chevrolet Corvette all the way to the revival of the Toyota Supra, some truly amazing things are happening. This is a day and age that I think we should take a moment to appreciate. After all, with how quickly alternative fuel technology has been coming around, this day was never promised. Now that it’s here, we should just take a moment to bask in its glory.

This time, we do just that. The car in question is none other than the previously mentioned 2020 C8 Corvette. This thing has been teased for quite some time. Over the past couple of weeks, we have even seen what it’s like as specific influencers have gotten their hands on media cars. Now that the real deal has made its way to consumers, though, we’re about to see that can of worms truly opened.

It Already Has Nitrous

Right off the bat, it looks like enthusiasts wasted no time jumping to work with the latest rendition of Corvette. In fact, this time, the guys over at That Racing Channel help us follow along with one of the first C8 Corvette quarter-mile test sessions. It all happened in Houston at TX2k and the festivities even involved a little bit of nitrous. There’s nothing like taking a brand-new car and slapping a bottle of nitrous on it. Am I right?

In fact, this isn’t even the first C8 with nitrous. The C8 you’ll find at this link even managed to break into the 10s with the spray!

By following along with the video below, we get to see the new pride and joy of LG Motorsports. From what we’re told in the video, this isn’t even close to where they’re stopping, either. Apparently, LG has already taken the car back to the shop and cracked it open to dig into further modification.

The one unfortunate part of the latest generation of Corvettes is going to be figuring out how to tune them. With every generation that comes out, it seems like General Motors tries harder and harder to prevent aftermarket modification. It took about a year for tuning software to meet the C7 ZR1.

Only time will tell when the C8 is really able to open up! 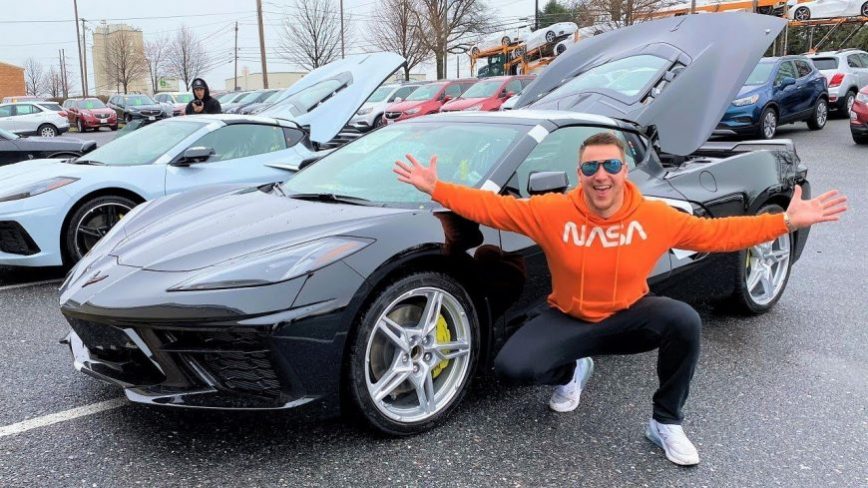