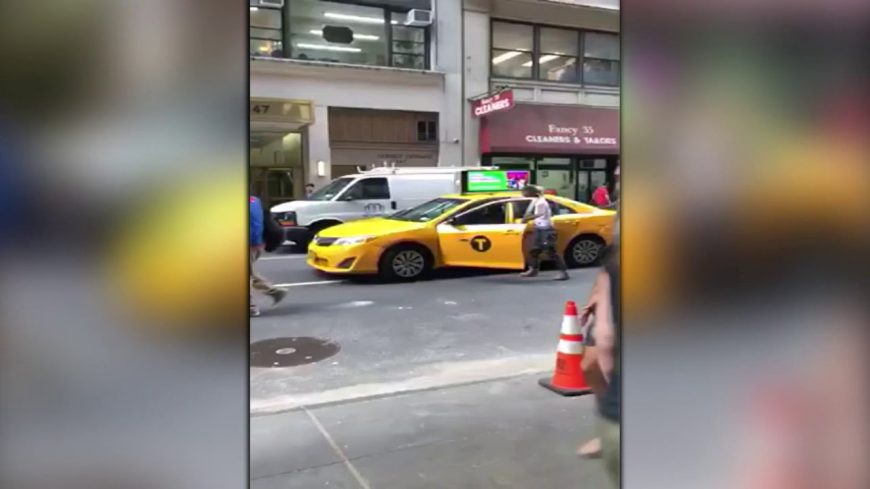 As you’ve probably seen while browsing around the web, sometimes, when push comes to shove out there on the roadways, well, push literally comes to shove when people get behind the wheel of their vehicles and get a little bit more upset than they probably should. The rage isn’t exactly the problem but acting upon the rage is something that can really get you in trouble in such a situation. With this one, we see exactly that unfolding as midtown madness falls right into our laps as a whole collection of people seem to freak out of once, bringing the insane situation right to the city of New York.

There’s so much going on at once it almost seems staged but we can promise you that this is very real as it looks like a whole collection of people had it in for one another when they got into some sort of disagreement in the street. What started as a scuffle is an all-out scene that looks like something out of pro wrestling before you know it with people throwing fists, dragging each other on the ground, and a cabbie is even attempting to drive a taxi cab with someone hanging off the door. We were waiting for someone to come in with a chair and hit someone over the head with it.

If you follow along down below, you’ll be able to see all of the obscurity unfolding right in front of your eyes. It takes a while to try and figure out what exactly it was to trigger these people to act the way that they did. We watched it several times and it just looks like the result of people being people after a road rage incident that somebody really took to heart. If we can offer up a piece of advice, it would be to not be these people.