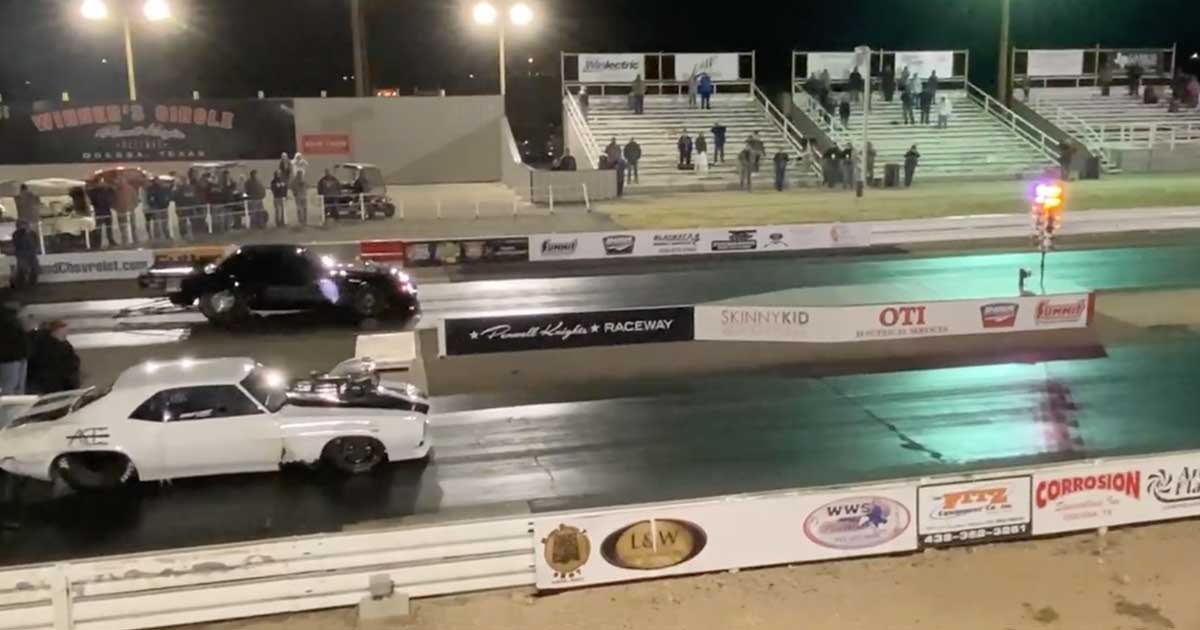 One of the exciting parts about watching drag racing is the possibility of records falling. There’s just something special about a car and driver combination that is able to do it better than anybody else. As we know, this type of effort usually comes on the heels of lots of hard work and dedication. Many sleepless nights chain together in an effort to forge the ultimate racing machine. Usually, lots of disappointment and heartbreak leads up to that one moment where everything pivots and turns for the better. There’s just a feeling alongside a moment like this that needs to be experienced. It’s almost unexplainable.

This time, we check out the situation that has a couple of fierce competitors going after such a record. The scene was set at Pennwell Knights Raceway in Texas as a couple of cars were ready to throw down. Mike Murillo and Cody Baker were ready to go to war. However, I’m not sure that either one quite expected the result that would come during this race.

As the pair would hustle down the track, when they reached the other end, they would be greeted by something spectacular. On the pass, Murillo would best Baker as he would go 4.08-seconds to the eighth-mile. However, each driver would rank first and second in the door car record for the facility.

No matter what way we slice it, that’s a downright impressive side-by-side pass. Even though there had to be a winner and a loser here, both racers should be proud as they’ll be writing their names in the history books. By following along with the clip below, we’re able to dial into the action ourselves as we’re put trackside. It might not have been done in front of stands filled with people. These records are what we race for, though. This is what it’s all about.