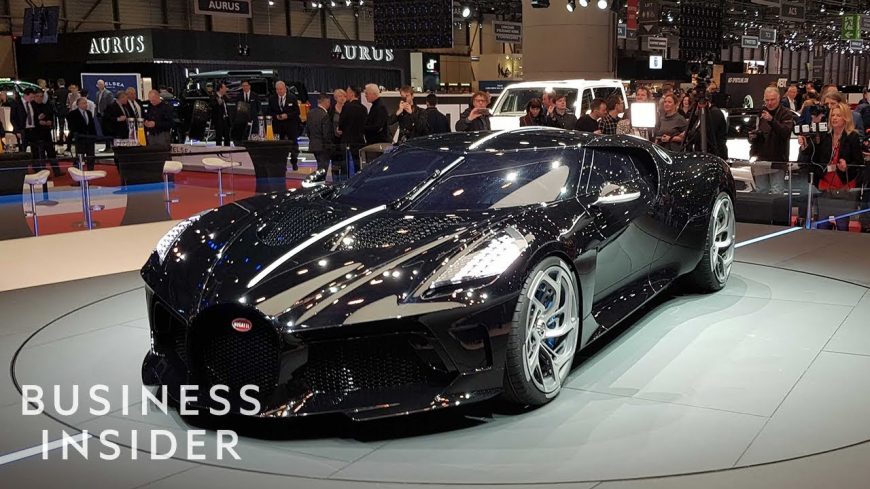 Just when we thought that the Bugatti name couldn’t get any more ridiculously extravagant, out comes the news of another vehicle that they’ve sold that has topped the charts. For the super rich, if they want to get their hands on one just like it, well, that’s too bad. Their only chance to own the Bugatti La Voiture Noire is to get the new owner of the car to pry their fingers off of it. That’s because there is no other in the world like it. Road and Track tells us that Bugatti put together this vehicle as a “carbon-fiber one-off built for one valued customer, this 1479-hp machine pays tribute to the 110th anniversary of Bugatti with nods to the Type 57.” All of the power is coming from a twin-turbocharged W16 powerplant, something that we’ve become used to with Bugatti.

When all was said and done with the car, it would roll into the hands of the new owner for $12.45 million which would eventually amount to the $18.9 million price tag when taxes were accounted for. Yeah, that’s right, the new owner just paid more in taxes than most people are going to earn over the next couple of decades. As depressing of reality as that might be, it’s still pretty interesting to see what a car looks like that someone thinks it’s worth that much money.

Who is it that’s just out there kicking around this much cash and throwing down nearly $20 million on a single car? Well, rumor has it that former Volkswagen chairman, Ferdinand Piech, has decided to indulge in the machine. He was the one who bought Bugatti into the Volkswagen wheelhouse back in 1998. The brand certainly had a reputation of its own at the time but it’s hard to deny that it has taken major strides under the Volkswagen name. Photo credit –