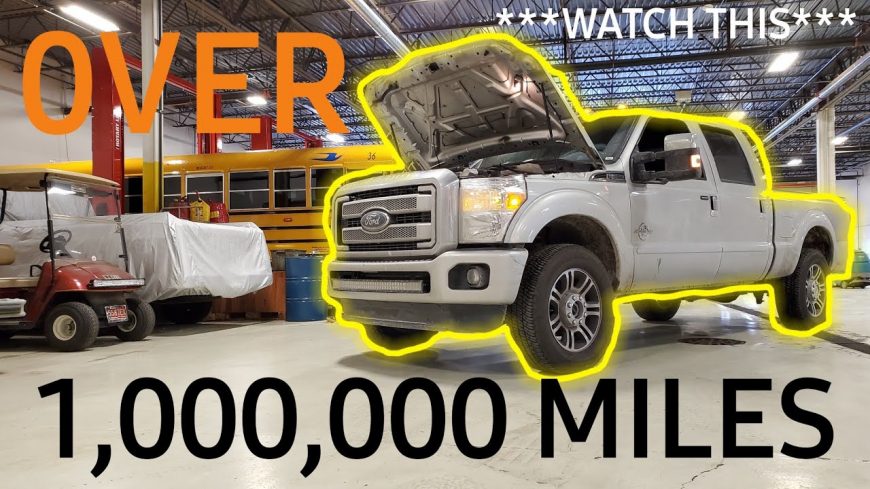 When most people purchase a vehicle, one of the main things that they’re thinking about is how long it’s going to last them. At the end of the day, there aren’t many people who are just going to shovel over their money for something that they know isn’t going to treat them reliably.

With that in mind, we would probably guess that even the most optimistic of car buyers would think that their vehicle would last them to 300,000 miles or more. Beyond that, most would probably say their car or truck doesn’t owe them anything. However, there are some vehicles rolling around out there that put all of these expectations to shame.

Every once in a while, we stumble upon a vehicle that has over 1,000,000 miles on it. It’s pretty crazy to think about machines that can possibly last this long without all sorts of major issues. In fact, we can’t really say that too many people are going to want to even keep the same vehicle around for that long of a period of time but hey, whatever floats your boat.

Recently, the vehicle rolled in for a little bit of service and the technician luckily got the opportunity to chat with the owner who spilled the beans on what it is that made this thing last so long. While the truck has gone through a couple of key components like turbos and a transfer case, we would venture to say that this thing has held up pretty well for how many miles are on it.

In the video below, we get the rundown on the maintenance routine along with a couple of other things that separate this truck from the rest.