Millions Of Dollars Worth Of Skylines Being Stored Under Plastic, And Ready For Purchase. 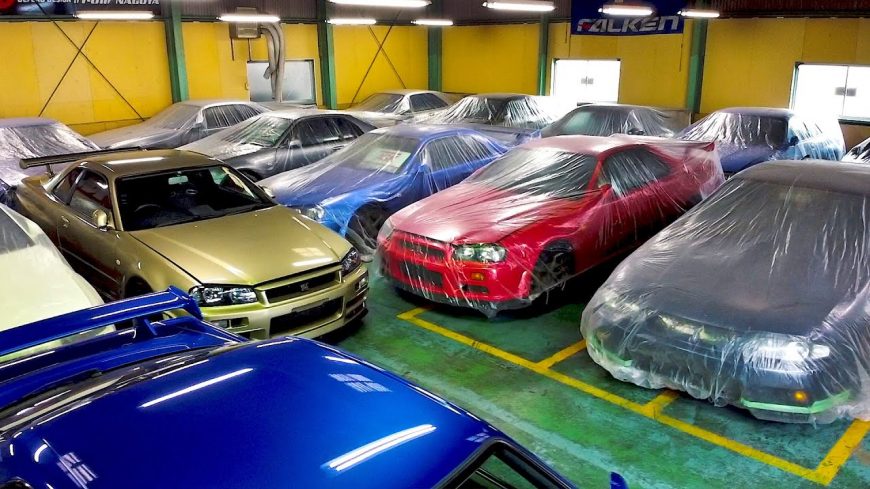 There are certain things that can drive the interest factor in some of our dream cars. Naturally, there are factors like performance and appearance that might play into it. However, even external factors outside of the manufacturer can really drive the value of a car. These might be the things that the manufacturers never even considered. One of those factors might just so happen to be exclusivity.

One of the funky nuances of car collecting is that one can only drive certain vehicles depending on where they live. Technically, you could collect any vehicle that you want but be able to put it on the road is an entirely different story. After all, what’s the point of owning something if you can’t actually get behind the wheel and drive it every once in a while? Even the strictest of collectors want to go for a ride every once in a while.

On the back of this idea, Japanese car culture has become incredibly appealing to many Americans. For example, different versions of the Nissan Skyline not offered to the US market have become incredibly sought after here in the states. Not only are they almost impossible to obtain because of restrictions but they’re just so darn cool! Throw in the bolstering of these nameplates by pop culture and you have yourself the perfect storm for a highly sought-after automobile.

By following along with the video below from SAMMIT, we get to take a tour of some of these machines in their natural habitat. In this one, our host heads to a famous car dealer in Japan where we get a walk-through of some of its wares. These are cars that would make a special addition to most collections. Unfortunately, though, it would be quite a process to get some of these rides stateside!

While it’s not the same as driving them, seeing them on YouTube is a decent consolation prize! – Garage Defend