Building a Mini Bike With the Body of a Volkswagen Fender

Building a Mini Bike With the Body of a Volkswagen Fender

When it comes to the most popular of the build series on YouTube, the more creative, ...

When it comes to the most popular of the build series on YouTube, the more creative, the better.

It’s really an awesome platform for builders from all around the world to be able to showcase what they’ve got. Some of these ideas end up playing out in a way that we simply can’t take our eyes off of. When a completely new idea is brought to life in front of our eyes, there is a lot to love.

This time, thanks to the Ultimate Rebuilds YouTube channel, we get to check in with just that concept. Let’s just say that these guys are going down the road that nobody has ever gone down before. By combining a custom touch and a little bit of craftsmanship with Volkswagen inspiration, we come up with something that’s pretty different.

Essentially, in the simplest way of putting it, this is basically a custom minibike. However, it’s not a mini bike in the way that most would probably envision one. Instead, this completely custom creation features a body created from a Volkswagen fender. The recognizable styling along with the color pop really makes this thing stand out. It’s incredibly simple but also something that can’t help but catch our eye and make us want to learn a little bit more.

The beautiful thing about a series like this is that the video below compresses it into just 11 minutes. With a further look into the YouTube channel, we find more videos that lay out the entire series, bit by bit. However, for those who don’t need all the detail and just want to see it all come together in the quickest way possible, the next 11 minutes do a great job of not only informing but also entertaining.

This thing is a head turner if we’ve ever seen one!

Minibikes Drag Racing on the Street 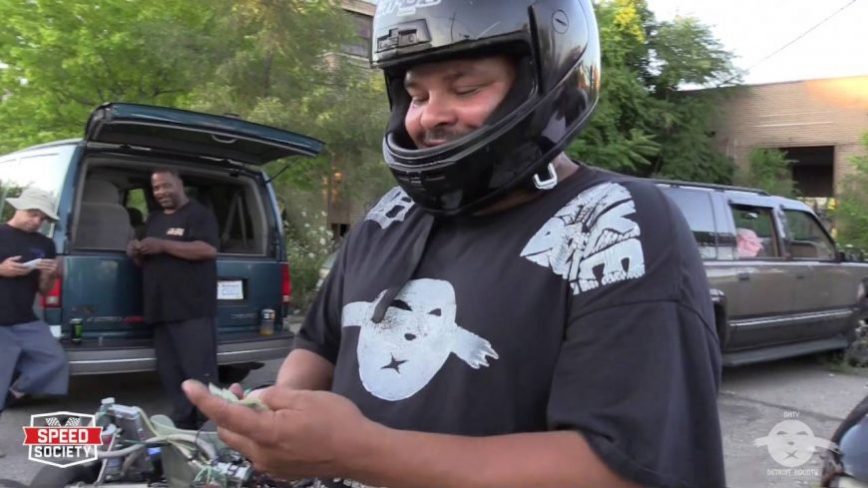