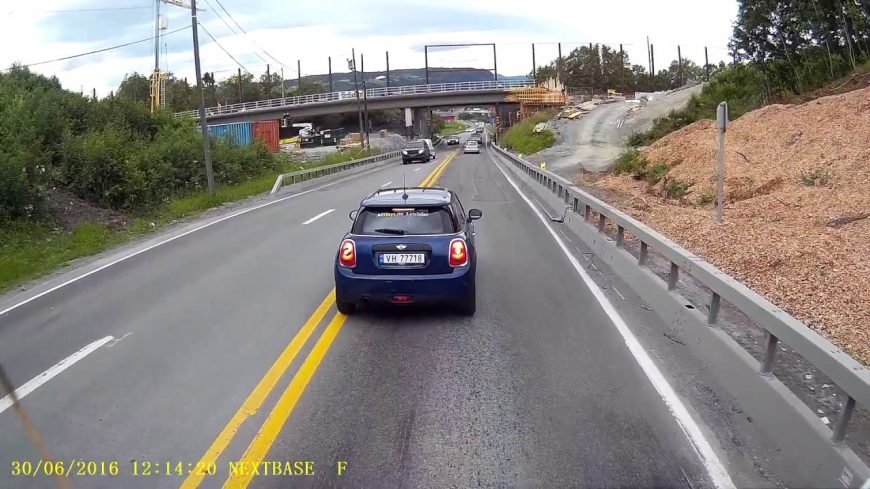 Imagine rolling down the highway in your big rig when all of a sudden, the driver in front of you stomps on their brakes out of nowhere. To you, this might seem like a tragedy but to a big rig driver, ee’re sure that it’s a run-of-the-mill occupational hazard that they have to deal with all the time.

Luckily for many truck drivers, they have enlisted the help of an onboard dash cam to help them help themselves when it comes to other drivers who are just being reckless or have a bigger motive in mind with the endgame being an insurance payout. These small cameras really do come in handy when a career is on the line.

This time, the driver of a Mini Cooper rolls in front of a semi truck and decides to jab on the brakes with an attempted brake check that doesn’t really go as according to plan. At the end of the day, if this was attempted insurance fraud, the damage was nowhere near enough to get a payout and even if it wasn’t, well, the bad driving was all captured on video. In short, this Mini Cooper driver is definitely getting the short end of the stick.

« Was a felony charge really worth saving a few dollars? Man charged for trying to avoid tolls