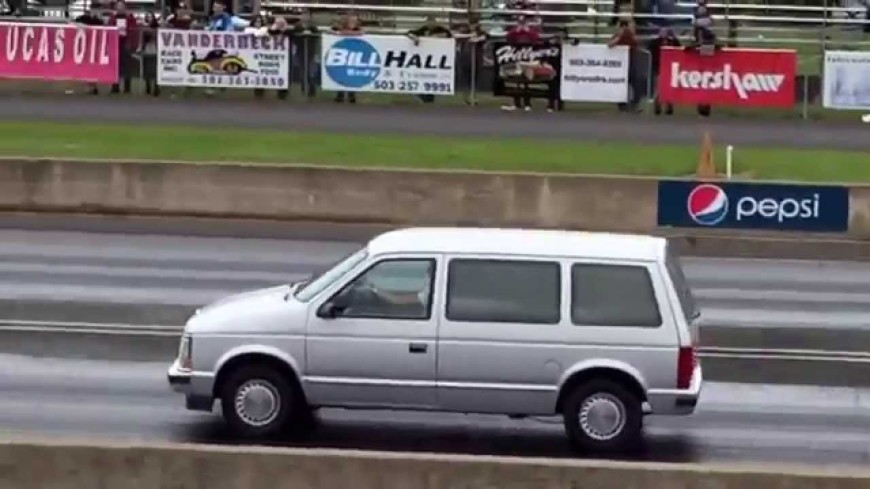 Even if you have a good eye for hidden speed and hang around vehicles worthy of the “sleeper” tag all day, nobody could have seen this one coming!

In an event known as the Import Faceoff, this turbo van takes off on a Subaru WRX STI, sticking it to the announcer after a little bit of smack talk.

While it isn’t necessarily the fastest thing on the track, this minivan still provides a lot of bang for the look thanks to its turbo power.

Check out the van for yourself in the video below to see what the family hauler is capable of. We’re curious what’s next for this minivan, will it be making stops in the 13s, 12s, or maybe even single digits?

This Duramax powered van is unlike any drag machine you’ve seen before.

« Mustang Launches in REVERSE, Comes Back For the WIN!