Well guys, we’ve managed to break our site record for the shortest shareable video yet again. The previous record was 12 seconds I believe, and this video obliterates that, cutting the total length in half! However, as is often the case with these short clips, it’s more than long enough to tell a story.

The game of roulette is pretty simple to understand, especially when it comes to random selection. In the casino, a gambler places bets on the numbers or color they think will “hit”, and the dealer spins a little white ball around the spinning roulette wheel. A few seconds later, the ball will drop into one of the numbered slots, and anybody who has placed a bet on that number wins. Each slot is also colored red, black or green, and anybody with a bet on the winning color also gets paid. Everybody else contributes to the house. It’s designed to be as totally random as possible, which is one of the reasons its a favorite among hardcore gamblers.

Model airplanes can also be completely random, and make for some entertaining gambling of another kind, as you can see in the video below. What you’re about to watch is simple: it’s like roulette, but with the winners walking away in laughter while the one loser takes a foam plane to the grill.

This group of friends are clearly bored and possibly drinking when one of them grabs a foam model plane and has the other 4 guys line up facing him. Knowing the plane was going to do a loop when he tossed it, he has them kneel down for the initial toss, then stand up and await the impact following the loop. That’s the plan, and that’s exactly how things go down.

With a mighty heave, the tosser sends the plane aloft. As soon as it’s clear of their heads on the first pass, the friends all stand and just a second later, the plane wheels around and tags one of them right in the chin, sending him to the ground while the lucky three who didn’t take a plane to the face shower him with laughter.

This is good, harmless fun, for the most part, and definitely looks like something we may have to try out around HQ someday.

Want To Fly a Fighter Jet? This Simulator is Mind Blowing! 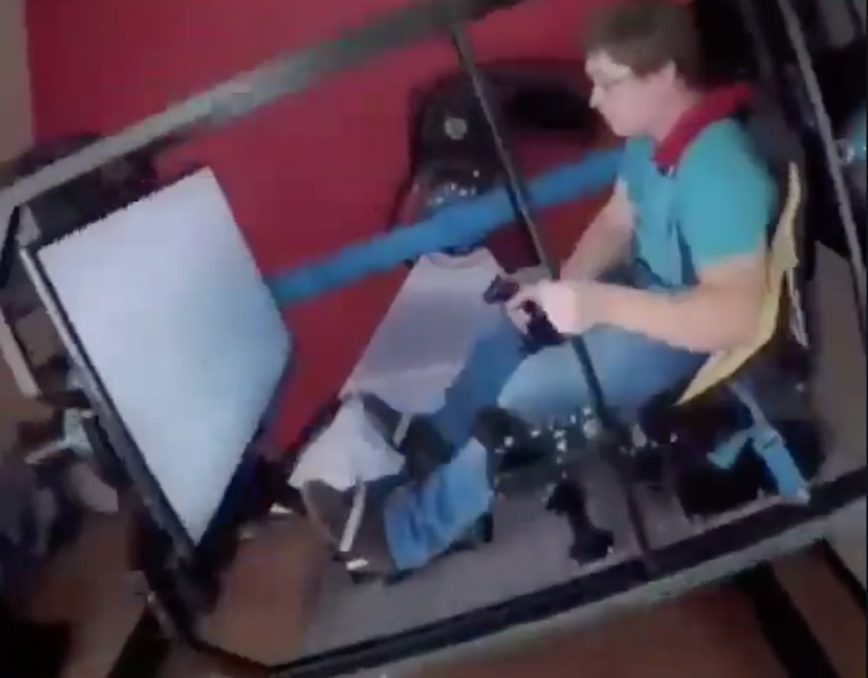