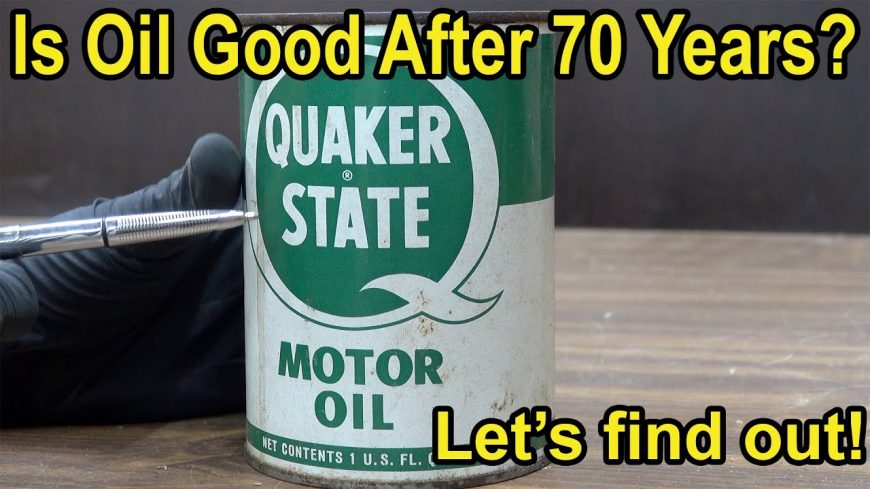 For those who can recall just about any motor oil commercial, they might have noticed that they usually use a lot of industry terminology. The commercials are all “Detergent this” and “Additives that.”

It might seem like just a ploy to sell us oil. After all, most people probably know absolutely nothing about motor oil. These companies could very well be making up things and deeming them important in the name of sales. How complicated could the composition of a lubricant actually be?

This time, we stumbled upon a test that’s going to try it all out. In this one, we get to see how advertising lingo translates to the real world. With this comparison, we’re going to see the differences between 70-year-old oil and modern oil. We would think that the spread between them should become readily apparent. On the other hand, though, if the 70-year-old oil ends up standing up to the test, modern oil companies might have some explaining to do.

This time, the guys from the Project Farm YouTube channel are behind the experiment. When it comes to the mechanical workings of all sorts of systems, this channel is generally stepping to the plate to test them out. This time, one of their viewers sent in some incredibly old oil to put a torture test. We really can’t help but wonder if this old school lubricant will be able to stand up to the task.

By following along with the video below, we get to see a side-by-side comparison on modern oil and the oil that is quickly closing in on being three-quarters of a century old. As it turns out, the old school oil performs a lot better than we would’ve expected. How far is the gap between it and the modern oil, if any, though?

You’re going to have to watch the results below to find out.

« Hulk Hogan Auctions Off His 1994 “Hulkamania” Dodge Viper For Charity