Mom Flips Out in Hawaii Road Rage Incident, Wrong Way in Traffic with Kid in the Car 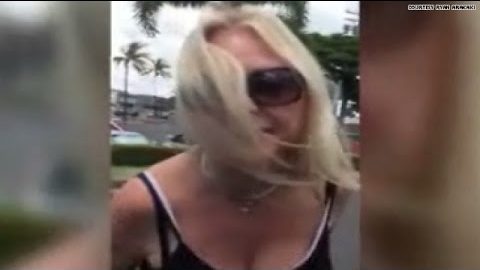 If we’re talking about your threshold for turning from a normal human being into an outraged individual who has nothing but red in their vision and wants to act out as much as possible, some people are able to deal with more than others. I mean, there is a point at which everybody is going to snap and not take any more of some random stranger’s garbage but, even in that situation, I don’t think that too many people would act in the way that this Hawaii-based mother did during a road rage incident where she had her child sitting in the passenger seat of her minivan when she went above and beyond to freak out.

Apparently, this mom was angered about something or other when somebody else in traffic made a maneuver that she thought to be disrespectful to the way that she was driving. Therefore, instead of just letting it go which is almost always the best solution in any sort of road rage run-in, she decided to act upon her momentary rage with an action that could have definitely provent to provide negative consequences that lasted her far beyond the incident as she put everybody in her vehicle in danger.

The video below shows the outrageous situation where she’s laying on her horn and, driving up to the side of who she sees to be her opposition all while operating her vehicle on the wrong side of the road. It really seems like all of the synapses weren’t quite firing just right because this is definitely one of the most boneheaded maneuvers that we have ever seen.

Thankfully, it doesn’t look like anyone was injured directly as a result of this incident. Hopefully, some self-reflection was done later that night that would prevent her from doing something like this in the future, especially when there are children on board.