Mom Freaks Out On Racetrack With Her Son Driving

Mom Freaks Out On Racetrack With Her Son Driving

If you’ve been around the site very much at all, you know we love some reaction ...

If you’ve been around the site very much at all, you know we love some reaction videos, especially when there’s a mom strapped in the passenger seat! We have another one, and this time the reaction is spread out over several minutes, because this mom ins’t just going for a quick spin around the block to see how powerful her son’s car is. Instead, this mother has decided to strap into her son’s car for a lap around a road course, and as you’d expect, the results are hilarious.

It’s always great to see gearheads and their parents have relationships that allow them to share their passion, even if it does terrify the moms when they aren’t ready for the g-forces of a nice hard launch or hitting the curves and making her hang on for deal life. There are many parents out there who don’t see the value in racing or modifying your car, and they do little to help the growth of our hobby.

This mom seems to handle most of her time in the passenger seat very well, but does have a few moments where her freak-out meter pegs and she says she wants out of the car, which probably wouldn’t be a great idea in the middle of the course. However you can tell she is there by choice and has a great time being slung against the belts as her son navigates the course.

I know my parents were always very supporting of my automotive passion, and I want to encourage anybody out there reading this to consider pointing your kids toward the car world. It’s pretty widely known that if they have a passion like racing or showing their car, they’ll be less likely to see other outlets for their creativity and boredom. Plus they will spend their money on modifications and won’t be able to afford a drug habit. It’s a win-win! 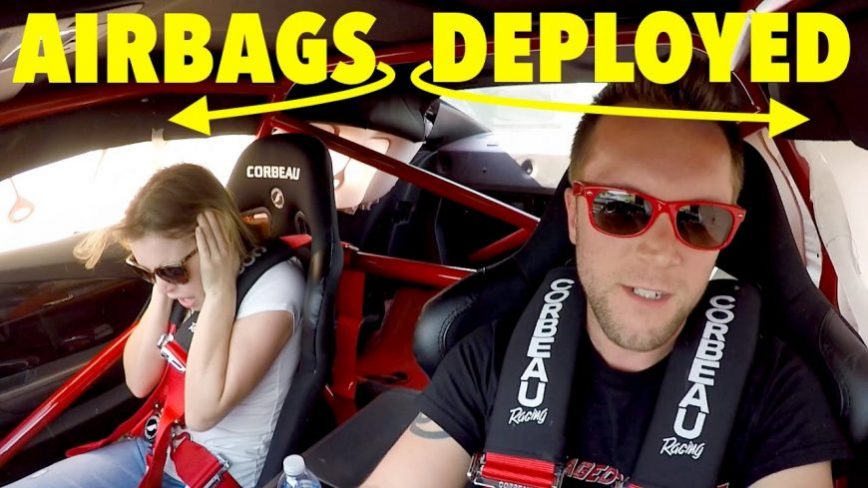