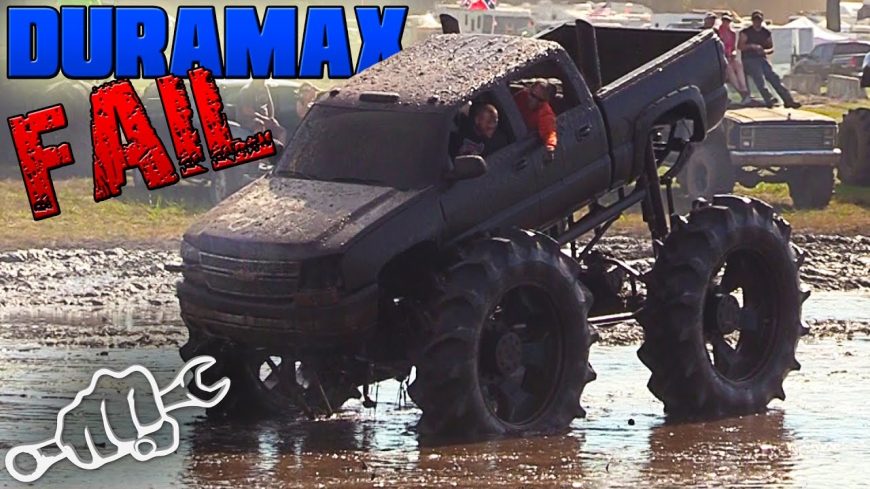 You know what they say, the bigger they are, the harder they fall and this monstrous Duramax made a grand gesture of making sure that that fall was as big as the truck itself. You can’t help but feel for a competitor like this after they’ve sunken some serious money into their machine, only to have to go back to the drawing board once again and probably break back into their checkbook to put it all back together. This is some really wild stuff to watch and our buddies over at Busted Knuckle Films have us covered with the footage.

We watch as this monster Duramax rips around the mud bog at the Iron Horse Mud Ranch in Perry, Florida. We ride along with the truck as the driver keeps on tapping the brakes, showing off a flurry of stoppies, probably doing it to impress all of the people who are riding along in the wicked machine. The stoppies are probably fun to do and are probably giving his guests the times of their lives. Heck, they’re also fun to watch but the last one really took a toll on the truck to the point where they’re going to need to break out the tow straps to reel that beast back in.

We watch as the highly modified Chevrolet Silverado powered by Duramax spins those 85-inch tall tires and catches itself in one last stoppie as the front gives into the pressure, folding in half almost like a sheet of paper. It’s incredible to see how a parts failure can make everything fold under pressure so quickly.

Check out the epic fail down in the video below as this big time truck crumbles under the beating that it’s getting. That most certainly isn’t how he had planned for his day to go.