This Monster Ford Dually is Breaking The Internet 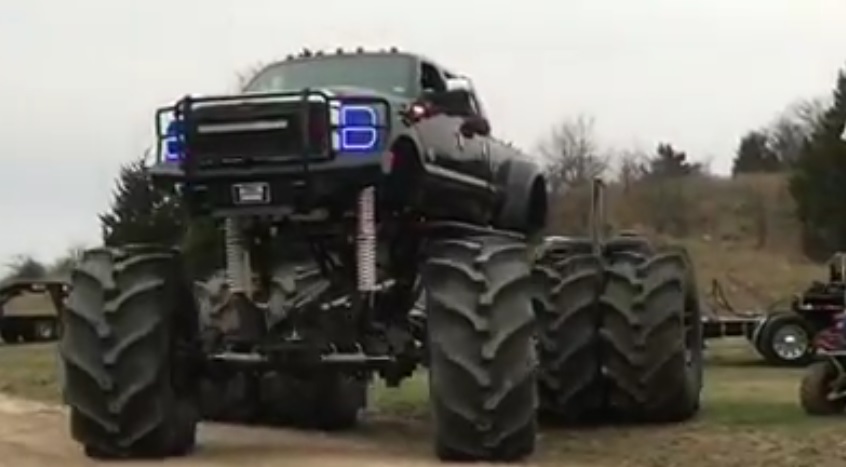 When it comes to jacking your truck up to the sky, there are all different sorts of routes that you can take. This time, we drop in on a situation that has the owner of a dually hanging out up high as he has applied some major hard work and money to his situation to create a monster.

What started out as a regular old Ford Pickup truck has been transformed into something monumental, being lifted up enough to accommodate six wheels and tires that are probably taller than your average human! I can’t really speak on the functionality of this thing but it definitely looks the part of an absolute beast.

Check out the video below from our friends over at Triple-X Motorsports as this massive machine rolls around and shows off all of its wares. Be sure to tell us what you think of this dually because you certainly don’t see them built like this every day.

Oh you have a Platinum dually…? That's cute!! James and the @dmdoffroad crew absolutely won the dually game with this build. You just can't appreciate how massive this truck is until you experience it in person! More on this beast soon…#platinum #ford #dually #powerstroke #6×6 #dmd #megatruck #dieselnation #rollcoal #triplexlife #wemakeyoufamous #rwp

« This Mini Cooper Has a 640 HP Jet Turbine Engine!