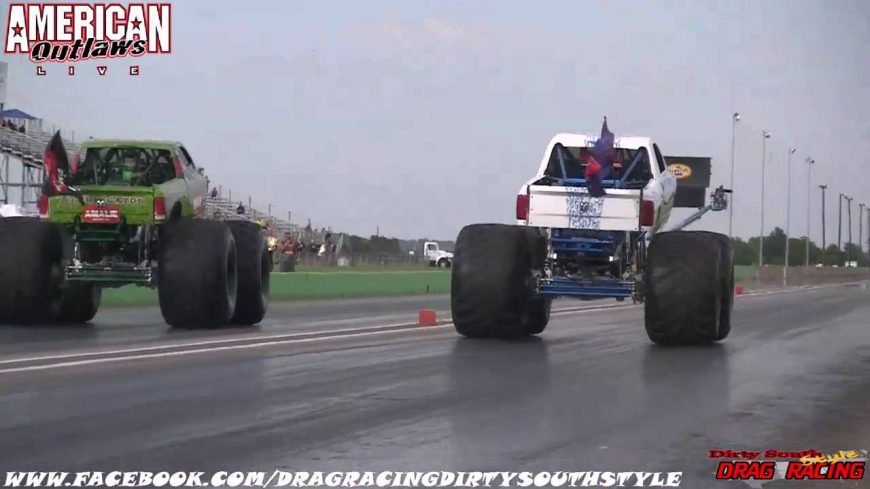 There are tons and tons of ways that you can get out there and drag race. The method in question here just happens to be a little bit different than the rest and for some reason has managed to draw in our attention and keep it no matter how slow that these things are compared to what we’re used watching.

Even though, relatively speaking, they don’t build up that much speed, for their size they most definitely manage to shread down the strip in quite the speedy fashion. We really aren’t used to seeing something that giant moving at such a rate of speed and it’s a treat to watch the monster trucks go to work.

As if it weren’t enough to see one of these things blast down the drag racing surface, we see a pair of them going head-to-head in an all-out battle of speed. As they would normally be duking it out over jumps and turns, this time the monster trucks ditch the rough surface for smooth sailing.

Check out the action brought to your screen from a camera perched somewhere at American Outlaws Live. This event really has some major draw and puts some interesting displays on tap.