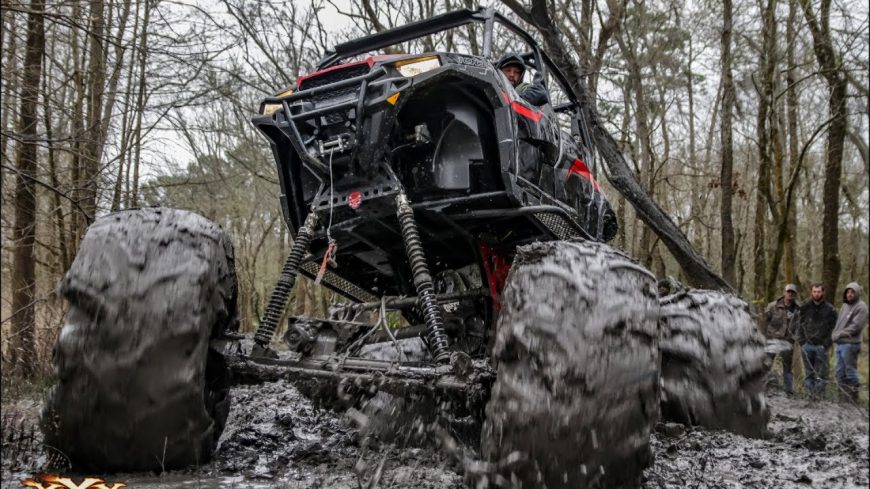 For those who have never had the pleasure of taking a ride on a UTV, allow us to tell you that these things can be truly rowdy. The machines that were designed for utility can actually end up being a ton of fun as well. In fact, in addition to using them as powerhouses, the people behind them have actually modified them, in some cases. Therefore, they can take a leap past their namesake of being utility vehicles. This is when they dive into the world of being an awesome time. There’s no stopping when it comes to the functionality of what someone can squeeze out of one of these things.

This time, one of our favorite off-road adventure channels in Triple-X Motorsports and Outdoors takes us to the scene of some pretty crazy action. As it turns out, each and every single one of these UTVs has some sort of modification behind them. Some are jacked all the way up to the sky! That’s certainly a good thing because they’re going to need it when put to the test like this. I’m sure that the UTV’s original creators never had anything like this in mind when they were at the drawing board. Some of these things take it to a true extreme.

In this one, we follow along with the mini monsters attacking a crazy bounty hole. Normally, with a hole like this, massive purpose-built trucks might struggle to get it done. However, in this one, it’s UTVs all day! For those who find themselves interested in these small machines that certainly pack a lot of punch, this might be their wonderland. There’s something so incredibly cool about seeing such a little vehicle doing such a big job. This one almost makes us want to go for a rip!