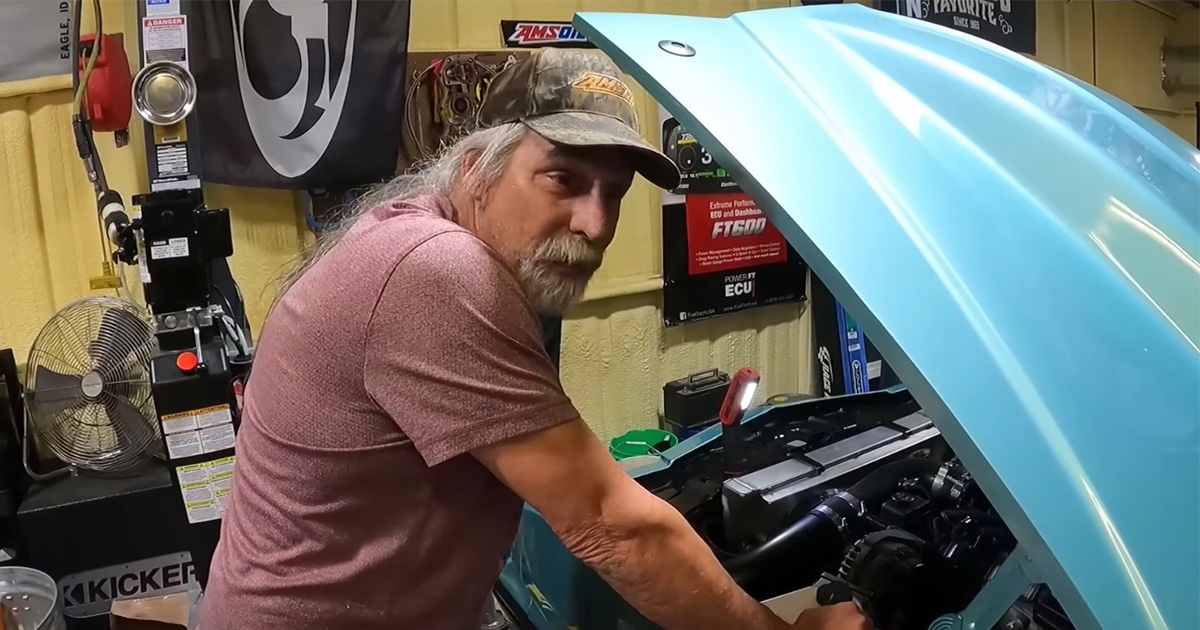 The 405 StreetOutlaws are going back to the roots of the crew from Oklahoma city. The idea is to leave the big tire expensive race cars behind and build new machines that will sit on small tires and provide a taste of nostalgia in a sense. It’s going to be much easier to relate to these cars as they promise to be something that could be built in any typical garage and not a high-end race shop.

As social media is, well, social media, we knew it was only a matter of time before folks started to throw around opinions and create controversy. One of the sentiments out there seems to be that the machines participating in this particular version of Street Outlaws, in fact, aren’t very relatable but instead are just small tire cars that still cost six figures to put together.

In this video, a familiar face, Monza, attempts to debunk this theory as he gives us the complete tour of his Pontiac Grand Prix that he built for the show. Until now, Monza has kind of been keeping some of the details under wraps but it appears as if the internet has agitated him enough to the point where he decided to come out and debunk the idea that all of the cars on the show cost exorbitant amounts of money.

Down in the video below from Monza’s official YouTube channel at Monza 405 Motorsports, we get the tour of the car as Monza explains all from the cost of the body to the Amazon-bought racing seats and even the LS power that’s under the hood. In fact, Monza tells us that this particular build could be replicated for $20,000-$25,000 if somebody were to take their time and source the parts without just buying the first thing available. He seems to imply, though, that he had to spend a little bit more because of the strict timeline for production.

In any case, this might just be the video that makes some of the armchair mechanics around social media see things in a different light.