The Most Asked About Car Never Shown On Street Outlaws, Murder Nova’s ’55 Chevy

The Most Asked About Car Never Shown On Street Outlaws, Murder Nova’s ’55 Chevy

I don’t care who you are. Everybody from casual enthusiasts all the way up to ...

I don’t care who you are. Everybody from casual enthusiasts all the way up to people who become known for racing cars have their favorite machines over the years.

Many times, unfortunately, these favorites end up getting sold somewhere along the way. It’s only years later that we discover the feeling that we should’ve never gotten rid of them. Some, however, are lucky enough to be able to hold onto those cars and not have the regret of parting ways with them. In fact, we have even seen stories of people trying to chase down their old cars that they grow incredibly nostalgic for.

This time, we take a walk down memory lane with Shawn aka “Murder Nova” from Street Outlaws. Naturally, as more people probably call him “Murder Nova” than his real name, he has become synonymous with the all-black Chevrolet Nova. However, that is far from his only car. We don’t have an exact number but would wager that there have been plenty over the years.

In this walk down memory lane, Shawn tells us that he hit the archives. The video that he brings to us this time shows off his 55 Chevy small tire car. In the compilation, we get to watch as the 555 CI big block Chevy and Powerglide combo goes to work.

This is obviously a whole different world than the machine that Shawn is most popular for driving today. However, the car, equipped with a 4150 carburetor, single entry nitrous plate, and 28×10.5 slicks certainly gets down in its own right. In fact, we’re told that Shawn set the class record during the race in this video. That record would end up standing for a couple of years.

Luckily for Mr. Murder Nova, he does still have the old school Chevrolet in his collection. However, it’s still a lot of fun to look back at some of the nostalgic moments that the car is been through.

Murder Nova and Son, Aiden, Install Headers on Aiden's First Car, Then Go For A Drive! 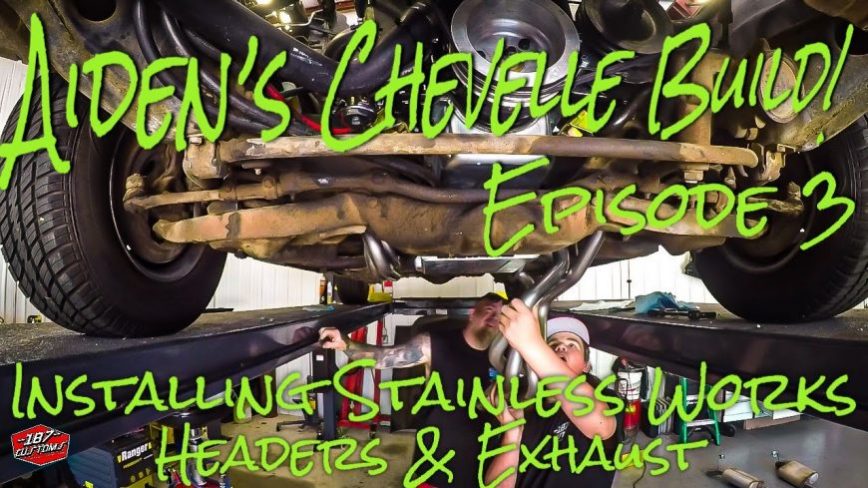