Most Insane Way to Leave a Car Meet in a Corvette 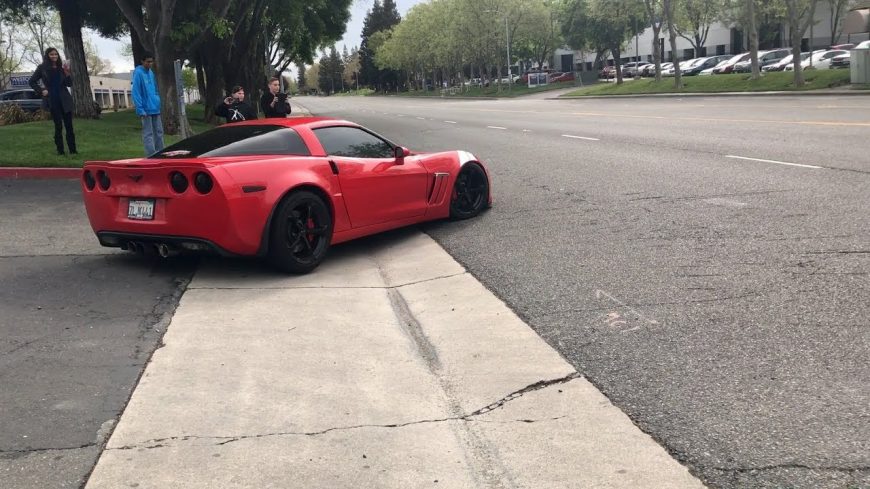 Naturally, when talking about the ways to leave a car meet, sometimes, things can get a little bit crazy. It’s somewhat ingrained in human nature to want to show off and with the massive crowds that collect at the exit to these gatherings, well, people do just that as they throw a little bit of abuse in the direction of their car or truck so that they can put on a show. Personally, after seeing all the people who lose control of their rides and end up hitting the crowd, curb, or some mix of both, we would probably recommend that you don’t try something like this but apparently for this driver, it ended up working out pretty well.

Wielding nothing other than a Chevrolet Corvette Grand Sport, this driver is really hell on wheels. As he decides to leave the car meet, he lays into the throttle as you can probably imagine this display would go. However, instead of ripping a simple burnout or ending it all poorly by crashing into something, this drivers really is in it to win it as he throws the Corvette all over the place, really driving it like he stole it as he expertly slides across multiple lanes of roadway and it looks like an absolute pro is behind the wheel, guiding the car almost like it’s an extra limb of his body.

If you check out the video below, you’ll be able to witness this epic car show exit for yourself. It looks, to us, like he might’ve done this once or twice before if we do say so ourselves. After checking out this epic car show departure for yourself, be sure to tell us how you think the person behind the wheel of this Corvette is handling their ride as they really pound on that long, skinny pedal.