Sometimes, with things that you’ll see in real life, they can be a little bit ...

Sometimes, with things that you’ll see in real life, they can be a little bit more unbelievable than a fictitious story. It really seems like time and time again, we’re running into these real-life scenarios that look like they emulate the Grand Theft Auto series of video games in some way. Now, we’re not saying that the two have any type of interlinking story behind them but it’s just pretty insane to see what people will be willing to go through, even when it goes to lengths that are so absurd as to be comparable to something that would appear in a game that is completely fiction and designed to stretch the limits of fantasy.

This time, we catch up with another story that has been tackling headlines recently as it seems as if a mother with her newborn baby decided that she wanted to run away from the police for one reason or another. Now, we get that every story has an underlying storyline behind it as to explain why people do what they do and you should never judge a book by its cover until you get the entire scope of what’s going on, however, I’m not really sure that there is any explanation that could come out and explain how something like this would be anywhere near an acceptable idea.

With the video here, you’ll watch quite a terrifying sequence of events as mom rolls in her SUV down the highway, attempting to evade police as she zips in and out of traffic, even going the wrong way at times. It’s not long before she hits a spike strip and her vehicle eventually becomes disabled, at which point, and we’re not kidding here, she decides to hop out of the vehicle and run away with the infant in her arms, even attempting to allegedly carjack another motorist in the process.

If you follow the clip posted here, you’ll be able to see the unbelievable come to life right in front of your eyes.

Fate Doesn't Discriminate, Some Fails Chase Down the Most Expensive Targets Possible 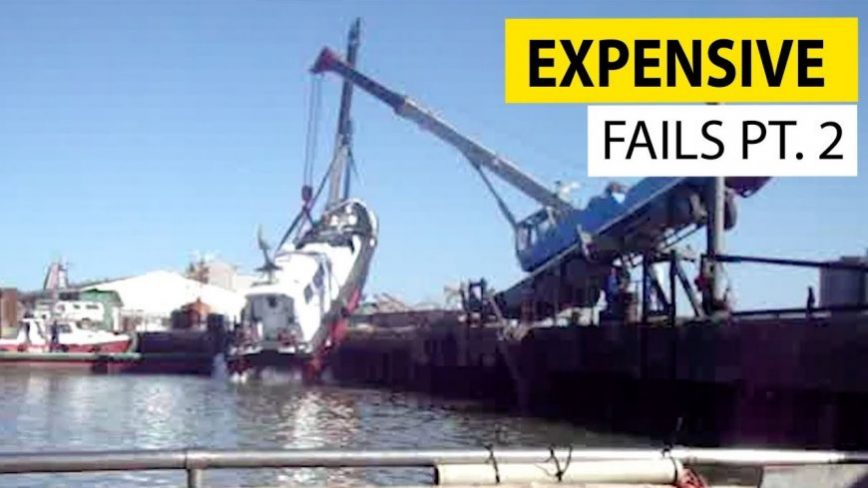